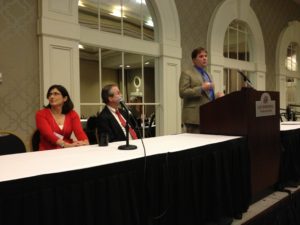 Figure 1. Waiting on the panel to give my talk (“Big Genetic Epidemiology”) at the 2013 American College of Epidemiology at the University of Louisville, KY. Thanks for the invite Dr. Kira Taylor! (Photo Credit: the ACE photographer).

As a “mid-career” scientist (oh, I can’t believe I just wrote that), I find myself looking towards the next logical milestones on the path to promotion.  One such milestone is an invitation to speak at a prestigious national or international meeting.  I have given talks before at major conferences, but most were a result of submitted abstracts or being affiliated with a major network.  In the last two or three years, I have had hints that an invitation or two for Dr. Dana to speak was imminent.  All within the span of a few months, I was invited to speak at the American College of Epidemiology (Figure 1), the 3rd International Vitamin Conference (Figure 2), and the Mid-Atlantic Genetic Epidemiology (MAGES) Conference (Figure 3).   It was only a matter of time… 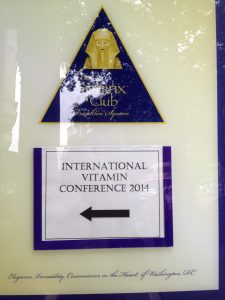 Figure 2. On my way to give my talk (“Approaches to Gene-Nutrient Studies Based on Experiences from the Epidemiologic Architecture for Genes Linked to Environment (EAGLE) Study”) at the 3rd International Vitamin Conference in Washington, DC (2014). Thanks for the invite Dr. Sarah L. Booth and organizing committee! 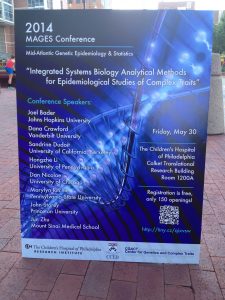 Figure 3. It’s official—-I was an invited speaker at the 2014 Mid-Atlantic Genetic Epidemiology (MAGES) Conference at the Children’s Hospital of Philadelphia (CHOP). Thanks for the invite Drs. Marcella Devoto and Adam Naj!

Well, the time is apparently now! This year I was invited to give not one but TWO talks at some great meetings. This post summarizes the first great meeting hosted by the Keystone Symposia titled Understanding the Function of Human Genome Variation (K1).

Keystone Symposia have a great reputation for scientific content and networking opportunities. A typical Keystone schedule has talks in the morning followed by a long afternoon break and then talks again at night. As the name and the headquarters of the conference series imply, many of the meetings are set in ski resorts (Figure 4 and 5), and even for those meetings without snow, the locations can be absolutely beautiful. If you haven’t been to a Keystone yet, you are missing out. 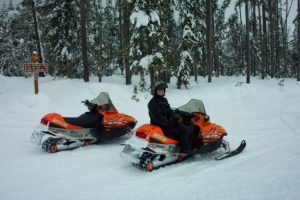 Figure 4. My first Keystone Symposia meeting (Genome Sequence Variation and the Inherited Basis of Common Disease and Complex Traits; A2) at Big Sky, Montana (2006). I enjoyed some snowmobiling with Dr. Mike Eberle (not shown, but he was really there! Photo Credit: the elusive Mike Eberle). 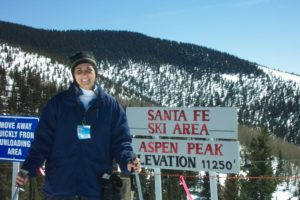 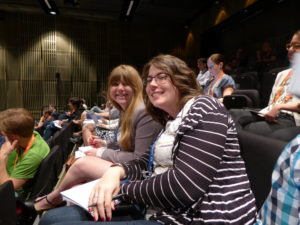 As luck would have it, soon after I was invited to give a talk, I learned that two of our graduate students from our former institution were scheduled to give short talks based on their submitted abstracts (Figure 6).  Corinne Simonti, graduate student in Tony Capra’s lab and recent first-author in Science, was invited to give a short talk titled “High-throughput characterization of phenotypic effects of recent positive selection and archaic introgression using electronic health records connected to genotypes.”  Not to be outdone, graduate student Alex Fish was invited to give a short talk titled “Statistical associations suggest an absence of biological epistasis in human gene regulation.”  Rounding out the group were Will Bush (Figure 7), Alex’s co-mentor and enthusiastic Capra lab collaborator, and my Mom (Figure 8). 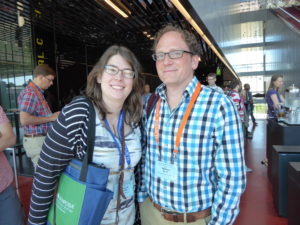 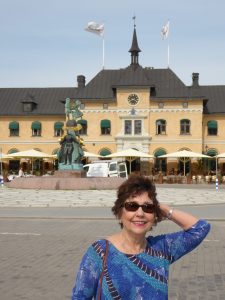 I really didn’t know much about Uppsala or Sweden for that matter before we left, so I did a little bit of reading.  Uppsala is the fourth largest city of the country and home to Uppsala University.  Uppsala is also home to the largest cathedral in Scandinavia (Figure 10).  And, Uppsala is only 45 minutes from Stockholm by train (granted, I never could figure out which train was the commuter train or the express, but both headed that way!). 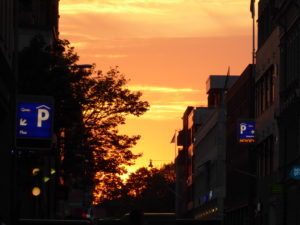 This Keystone meeting was held in the Uppsala Konsert & Kongress, a five-minute walk from our hotel.  I was quite relieved that my talk was in the first session on the first day.  Mom and I actually had a hard time getting to Sweden the night before.  Never in my life had I missed two connecting flights in a row, neither of which was my fault.  We ended up arriving at the hotel well after midnight local time, which did not bode well for my morning talk (“Phenome-wide Association Studies” based on our recent review and pharmacogenomics PheWAS).  After delivering the talk, I was free to enjoy the rest of the meeting and Uppsala itself (Figure 11). 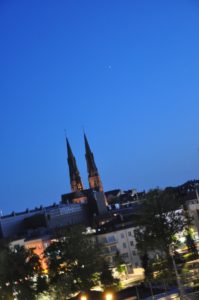 Major highlights of the meeting for me, of course, included the short talks given by Alex and Corinne.  They did a superb job and fielded questions with confidence.  Other highlights were invited talks by Elinor Karlsson (University of Massachusetts) and Jessica Alfoldi (Broad Institute of MIT and Harvard).  Dr. Karlsson talked about a variety of her lab’s scientific programs (such as infectious disease susceptibility in humans), but the show stopper of her talk was the bit about Darwin’s Dogs project.  I haven’t laughed this hard since last year’s ASHG talk on the Cat Genome Sequencing Initiative (Figure 12). You had me at head tilt! Continuing with the animal theme was Dr. Alfoldi, who admitted that her projects were still on-going and have little data. No matter—she filled the 45 minutes with pictures and anecdotes for her favorite mammals being sequenced as part of the 200 mammals project. 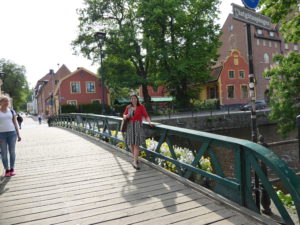 As an aside, the organizers of this Keystone meeting did a fabulous job with the invites.  This meeting had many female speakers, an observation not lost on the attendees.  Of course, the meeting could have used some diversity in the other demographic categories, something I know Keystone is working on…. 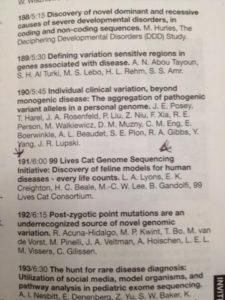 We thoroughly enjoyed our time in Uppsala, and all of us took the opportunity to travel outside the city during and after the meeting.  Alex and Corinne made their way to Copenhagen, while Mom, Will, and I took a quick trip to Stockholm (Figure 13).  Let me tell you, you have not lived until you hear the Swedish Military Band play Donna Summer’s “Hot Stuff.”

We’re definitely looking forward to the next Keystone Symposia, wherever that may be… 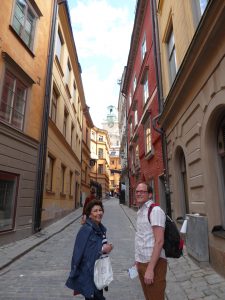 Figure 13. Mom and Will Bush wandering the streets of Old Stockholm (Sweden).