Before graduate school, I was only vaguely aware of the Amish.  And frankly, I kind of only associated them with horse and buggies and baked goods sold at the local farmer’s market.  Or was that the Mennonites?  Anyway, in a previous post long, long, pre-pandemic ago, I confessed that everything I knew about the Amish was through the movie Witness.

Oh, have times changed.  In so, so many ways.

Since graduate school, I have learned that American Amish are descendants of an Anabaptist religious group founded in the 1500s in Switzerland in a town on today’s Germany-Switzerland border.  Anabaptist refers to the practice of baptism as an adult as opposed to the baptism of infants practiced in other religions.  Anabaptists also believed that other Christian groups at the time were too elaborate and ornate.  Early in their establishment as a religious group, the Anabaptists were first known as “Mennonites”, a reference to one of their first leaders, Menno Simmons.  In the 1690s, the Anabaptists split into the Amish Mennonites and the Old Order Amish over some disagreements such as whether or not to practice “shunning.”  Ultimately, the Old Order Amish said yes please, and the latter group followed the leader Jacob Amman.

Ooooh.  Hence my confusion between Mennonites and Amish…

The Amish Anabaptists were persecuted in Europe for differences in religious beliefs compared with other Christian religious groups.  Ultimately the Old Order Amish immigrated to the United States in several waves, the earliest of which was between 1737 and 1770 to Pennsylvania.  The attraction?  Decades before the first Amish immigration wave to the US, the present-day state of Pennsylvania was already known to be a pretty tolerant territory thanks to the earlier immigration of Quakers, which then led to the immigration of the Amish and other persecuted groups under the encouragement of William Penn, a Quaker himself.  This first wave of Old Order Amish consisted of 21 families, with 500 adults soon following.  Eventually this group settled in Lancaster, Pennsylvania.  When most of us think of Amish country, this is it.

Between 1815 and 1860, a second wave of migration led to approximately 1,500 Old Order Amish settling into the present-day states of Ohio and Indiana.  Today, most of the world’s Amish live in the US, and most live in the three aforementioned states.  Although they were once all considered “Old Order Amish,” the church split into “Old Order” and “New Order” in the 1960s.  What’s the difference between the two?  Well, to an untrained eye, not much.  Both groups wear plain clothes although some bright colors are allowed among the New Order.  Both shun modern technology, but the specific list might different.  The rules of worship and conduct also differ with New Order stricter on some things and Old Order on others.  Rules can actually vary from community to community depending on the leader.

At this point of the post, you might be wondering why I bothered to learn about the Amish.  Well, as it turns out, our department chair (aka, my boss), in collaboration with colleagues from the University of Miami, has been enrolling Ohio and Indiana Amish participants in a variety of studies since the 1990s.  Ohio participants are from Holmes county, home to the largest Amish community in the US.  Approximately half the residents of Holmes county are Amish.  Holmes county is part of “Ohio Amish Country,” an area that includes Holmes county and surrounding Tuscarawas, Coshocton, Knox, Ashland and Wayne counties.  There are other sizable Amish communities in Ohio not included in “Ohio Amish Country” such as those living in Geauga county in Northeast Ohio.

The Amish have been generous in their willingness to participate in studies that have been ongoing for decades.  In general, the Amish are considered a founder population.  This coupled with their extensive and documented genealogy and large families makes this population amenable to genomic discovery studies.  For example, studies in the Lancaster, Pennsylvania Amish in the last 15 years have led to important genomic discoveries for cardiovascular disease (e.g., APOC3 and triglycerides; B4GALT1 and LDL-C).

I am fortunate to have a small research role that leverages the genetic data and dementia data being collected for a larger study on successful aging at CWRU and University of Miami.  Other CWRU investigators are using the rich data resource for studies of other aging diseases such as age-related macular degeneration and primary open-angle glaucoma.  Suffice to say, when word got out that there was a conference in town about the Amish, there was plenty of interest to attend! 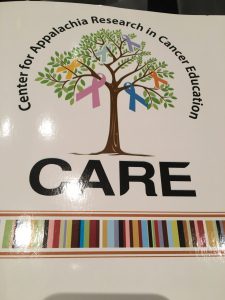 The conference in question with the 2019 Amish Health Conference organized by the Center for Appalachian Research in Cancer Education (CARE).  The full-day conference was held in Millersburg, Ohio in Holmes county, only a 90-minute drive or so from Cleveland.  Several of us piled into cars and in caravan style made the trek to hear lectures on Amish way of life and their issues related to health care.

While the conference was light on actual science, I definitely learned much about Amish and their access to healthcare that I am sure will be relevant to our studies.  Unlike other US residents, Amish do not pay into Social Security or Medicare and in general have a religious objection to individual insurance.  I learned in a panel discussion of Amish and Mennonites that their community members instead contribute to the “Amish fund” and that any community member can request funds needed for medical treatments and emergencies.  These medical encounters require transportation, which is also covered by the pool of funds.  Consequently, Amish health data is likely to be fragmented and distributed across disparate electronic health record systems.  Good to know. 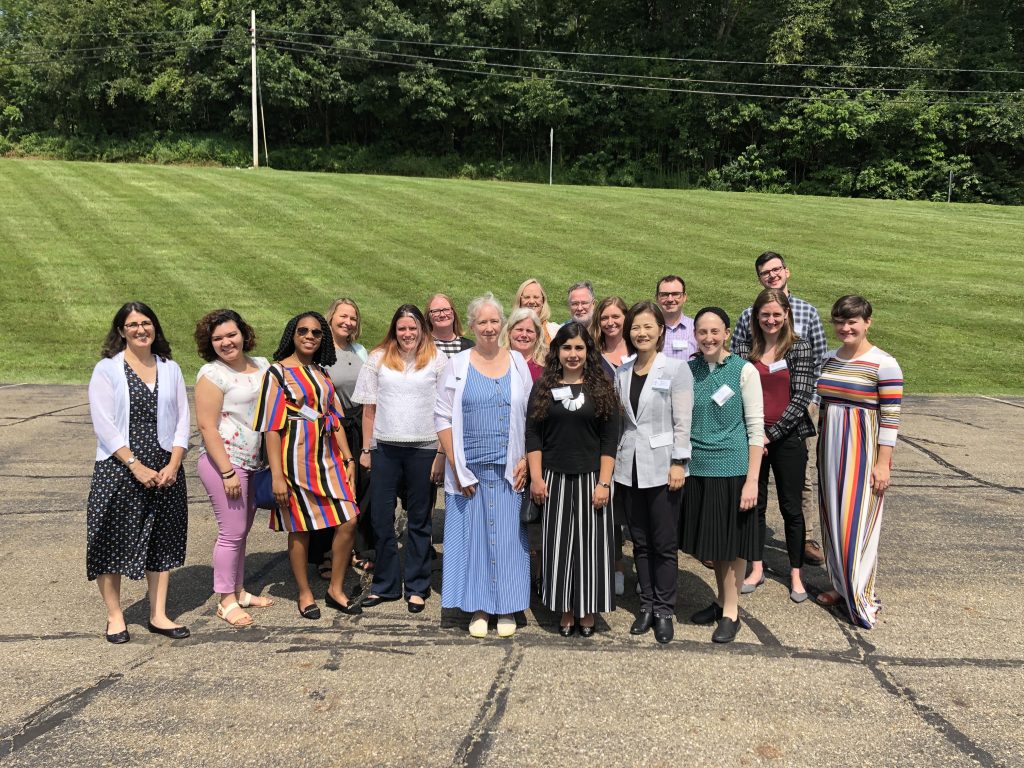 All in all, this conference offered a great opportunity to connect with a community that has contributed so much to biomedical research for the benefit of all.  It also afforded an opportunity for departmental colleagues working on different projects with the Amish to coalesce at a single conference.

The 2019 conference was the last conference before the onset of the COVID-19 pandemic.  The local Amish communities have been greatly affected by the pandemic, and as of this writing, Holmes county has some of the lowest vaccination rates in Ohio (~19% compared with ~67% in Cuyahoga county).  While is not clear when there will be another in-person Amish Health Conference, it is clear that COVID-19 will continue to affect both this local community as well as the research to which they continue to so generously contribute.