The Translational Bioinformatics Conference (TBC) was established in 2011 as a partnership between Asian and US  investigators with the goal of bringing together scientists with the diverse expertise that contribute to the new and growing field of translational bioinformatics.  The first conference, led by Dr. Ju Han Kim, Professor and Chair of the Division of Biomedical Informatics and Director of the Systems Biomedical Informatics Research Center at Seoul National University College of Medicine, was held in Seoul, South Korea.  Subsequent meetings included other Asian locations such as Tokyo, Japan and Qingdao, China. 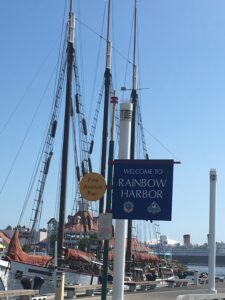 I had never been to TBC until this year.  TBC traditionally was scheduled later in the fall and often conflicted with other meetings I was obligated to attend.  I had, of course, heard all about these meetings through colleagues (I’m looking at you Drs. Will Bush and Sarah Pendergrass) and students (mainly the Ritchie lab).  And, my husband was certainly interested given the locations.  Imagine my delight when I found out this year’s meeting was early in the fall, well ahead of the conference crush. 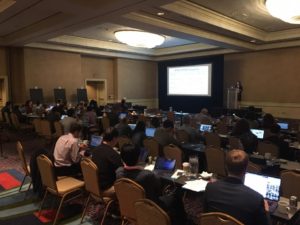 Figure 2. I made it just in time for my short talk based on my paper submission on APOC3 rare variants (TBC 2017).

As luck would have it, this year’s TBC meeting was held in the United States in Long Beach, California (Figure 1).  Just as well.  TBC also happened to be the day after our annual ICB symposium that I organize in Cleveland, so the schedule was going to be tight anyway.  We’ll just have to save our travels to Asia for another day.

TBC 2017 was co-organized by Drs. Marylyn Ritchie and Dokyoon Kim from Geisinger Health System.  This year’s selected papers touched on a variety of research areas in bioinformatics, clinical informatics, and systems biology.  I was honored to be asked to be one of the keynote speakers, along with other notables in the field such as Drs. Nick Tatonetti, Atul Butte, Jessie Tenenbaum, and Jason Moore, among others.  I was also very happy that the TBC scientific program committee was interested in two papers my lab submitted:  “Frequency and phenotype consequence of APOC3 rare variants in patients with very low triglyceride levels” (Figure 2) and “Local genetic ancestry in CDKN2B-AS1 is associated with primary open-angle glaucoma in an African American cohort extracted from de-identified electronic health records.”  The latter paper was presented by Dr. Nicole Restrepo and represented the last of the papers from her thesis.  Drop the mic! 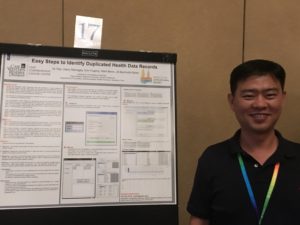 Figure 3. Devon Tian presenting his most awesome posters at TBC 2017.

My keynote talk was the following day and centered on the on-going work in Cleveland to bring together local electronic health records for precision medicine research.  Cleveland informatics was, in fact, well represented at this year’s TBC.  ICB colleague and EHR data extractor extraordinaire Ye (Devon) Tian presented not one, but TWO posters describing our institute’s efforts (Figure 3).  Cleveland rocks, indeed!

TBC is a short, moderate-sized meeting.  Think Keystone or the Pacific Symposium on Biocomputing as opposed to the American Society of Human Genetics.  The size and scientific disciplines represented make this a unique meeting for networking and collaborating.  The schedule accommodated time for informal interactions with sponsored meals, including a conference-end banquet (Figure 4).

Looks like I’ll have to find a way to squeeze TBC into my fall conference line-up! 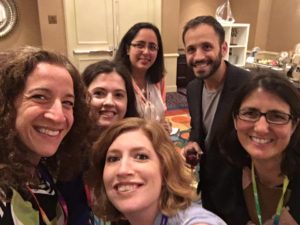