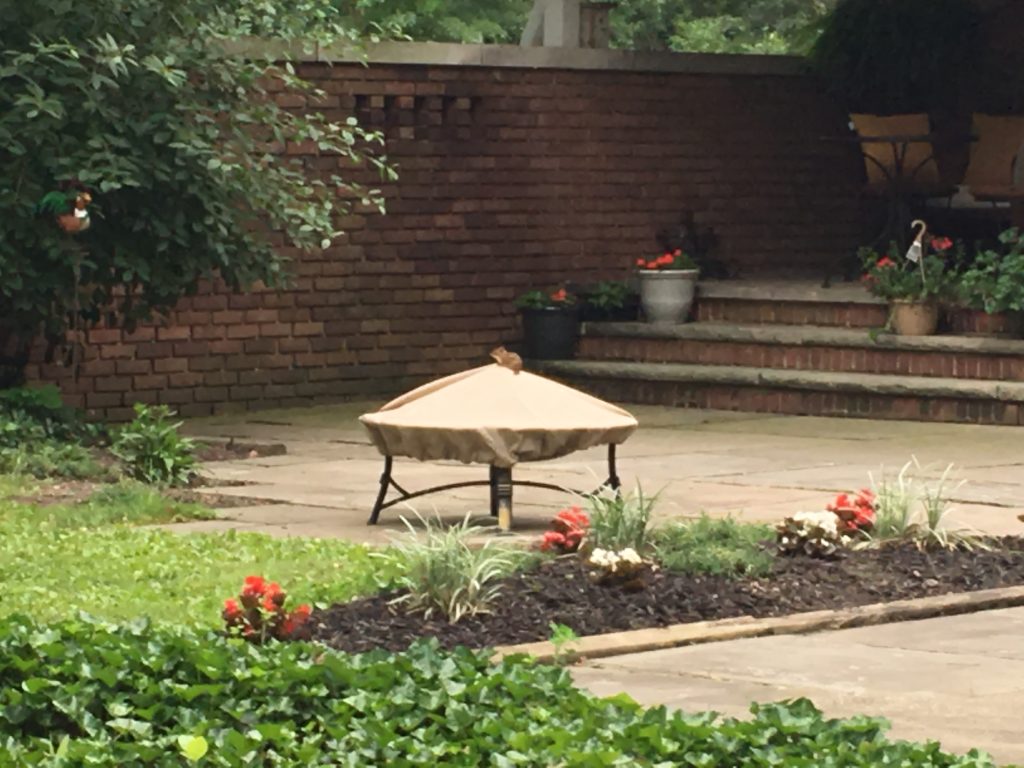 Figure 1. A chipmunk in Cleveland enjoying the summer sun on my mini fire pit (2018). She’s no MPR raccoon, but cute in her own way. Stay away from the cats, CLE Chip!

What can I say–this end-of-the-year update is extremely late.  I mean, it’s February and 2019 is well underway.  I blame it on the polar vortex.  Actually, this was supposed to be a 2018 summer update, so it is not fair to blame the CLE winter for my tardiness.

Remember summer?  I feel like it was just yesterday when I was enjoying all the feel-good stories of the season.  I ooed and aahed as I watched the DVRed historic royal wedding (loved the cello player at 1:53:00).  The hats!  The dresses!  The pomp and circumstance laced with awkwardness!  Let’s face it, we all needed a little Markle sparkle in our lives.

You know what else we needed–MPR raccoon.  If you haven’t heard of this heroine, it’s time you did.  This female raccoon found herself in a pickle when she became stranded on a building ledge in St. Paul, Minnesota.  Rather than climb down, she started her way up.  And, up she went climbing more than 20 stories of the USB bank.

The harrowing journey was captured live and chronicled on Twitter and other social media outlets.  I’m telling you–I went to bed that night on pins and needles not knowing the fate of the little girl until morning.  Fortunately for all of us desperate for a little goodness in the world, MPR raccoon made it safely to the top of the building with nary a splat.  Today she enjoys sponsoring merchandise and inspiring art, including a children’s book.   She’s living the American dream.

So what was I doing in the second half of 2018 that kept me so busy?  Papers (>10), grants (some were even funded!), invited talks, administrative duties (co-chair of a School of Medicine committee.  I feel so grown up!), and class (ugh).  After September, things became a blur. 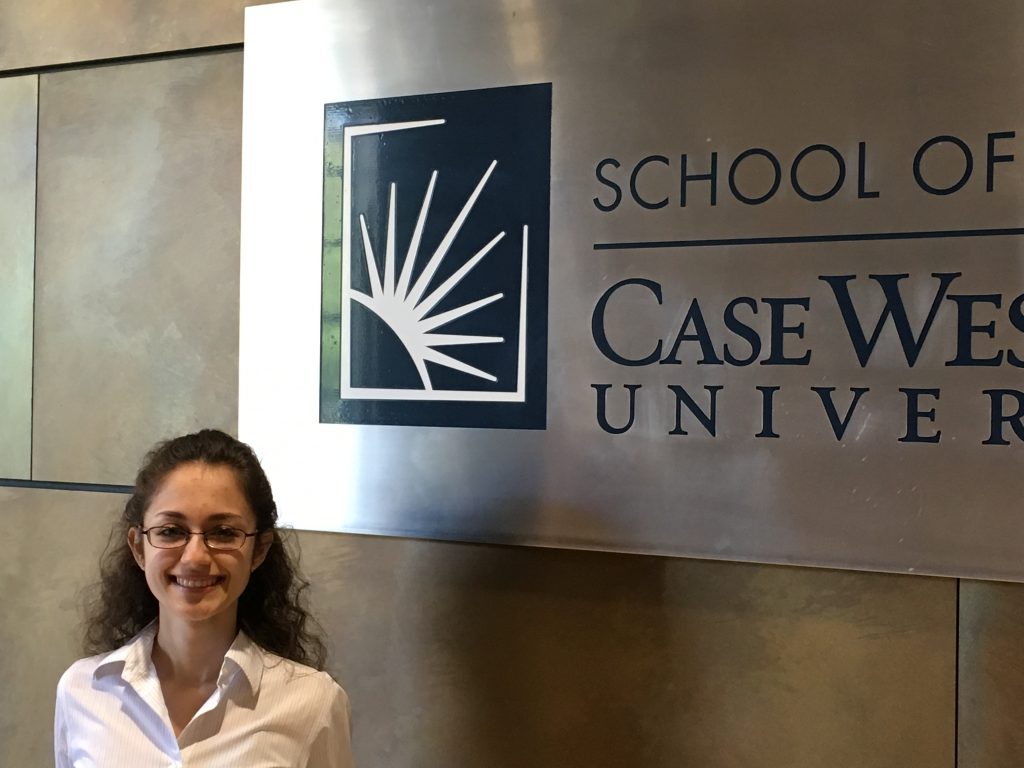 Of course, the best things to remember are the people, not the submissions, scores, and citation stats.  This year, I saw a lot of them and was proud of a whole lot more.  First up, Elina Misicka, my first PQHS rotation student (Figure 2).  Elina was a trooper and braved the command line like so many before her.  Elina ended up choosing Dr. Farren Briggs as her mentor and training laboratory, but she also invited me to be her thesis committee chair.  I suppose things weren’t all so bad in the rotation and she felt she learned a thing or two.  Time will go fast, but she’ll be amazed at what she can do in two or three years.  Here’s to learning more about multiple sclerosis as I chair the meetings! 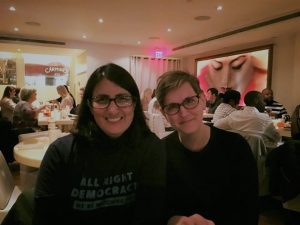 Next up, former Crawford lab post-doc Dr. Sarah Pendergrass.  I see Sarah almost regularly as we attend similar conferences such as the American Society of Human Genetics (e.g., 2017).  But, rarely do we connect for personal reasons.  We actually visited with her more than once this year, the first coinciding with March for Our Lives in Washington, DC (Figure 3).   It’s always great to see friends and just hang out.  We should do more of that under less solemn circumstances. 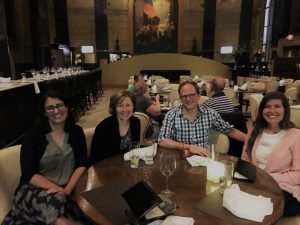 Figure 4. Dinner with Dr. Malinowski at Crop Kitchen in Cleveland (2018).

Next up, Crawford lab alum Dr. Jennifer Malinowski.  Would you believe Jennifer was in Cleveland?  Jennifer was attending a conference in the city and gave us a ring for dinner.  Will Bush, his wife Candice Hurst, and I all met up with Jennifer at Crop Kitchen on the west side (Figure 4).  We had a great time catching up, and it was especially fun to hear about Jennifer’s work as a scientific writer.  Sounds like we’ll be seeing more of her in the future as she dives into the regulatory world of our field.

Next up, Crawford lab alum Dr. Brittany Hollister.  As I blogged last year, Brittany successfully defended her thesis and moved on to a post-doctoral fellowship at NIH. This year, Brittany returned to Vanderbilt University in May 2018 for the hooding ceremony.  Both she and Dr. Carissa Jones were hooded by Dr. Melinda Aldrich (Figure 5).  I was sad to have not have been there, but I was proud nonetheless.  The party didn’t stop after that for Brittany.  A few months after graduation, she got married—what a year (Figure 6)! 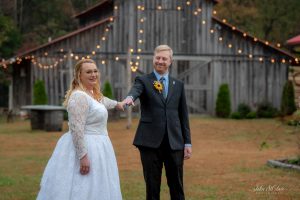 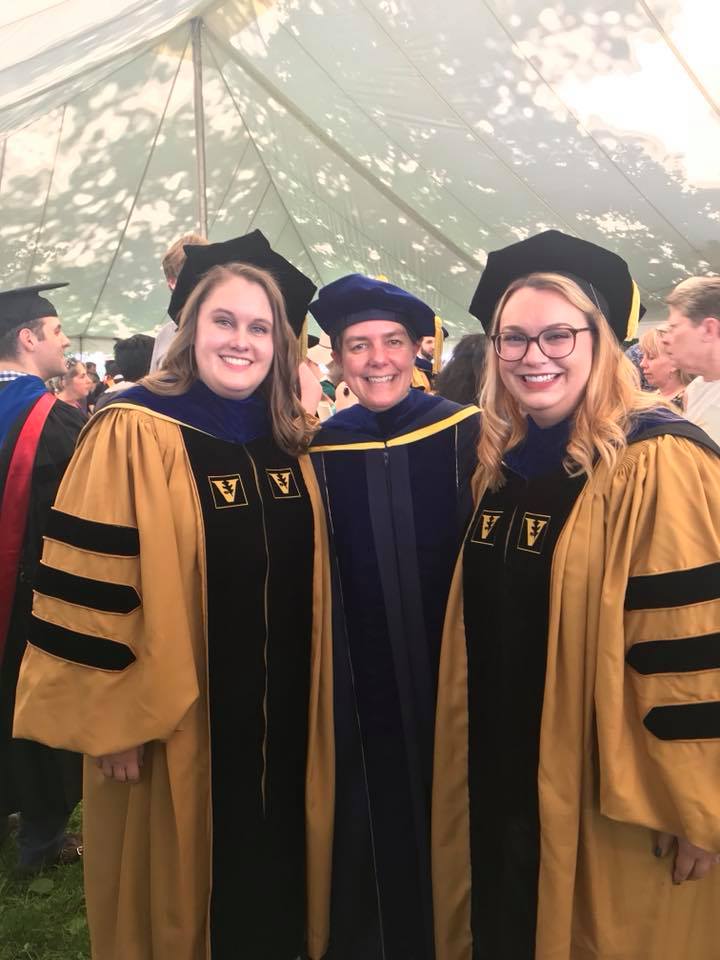 Next up, Crawford lab alum Dr. Janina Jeff.  Janina’s comings and goings probably deserve their own blog post.  Seriously, she did so much last year, I don’t know where to start.  In late 2017, Janina was the cover girl for her alma mater’s alumni magazine as well as The Network Journal.  Like any proud mentor, I immediately ran out and had the covers framed for my office when I received them in early 2018 (Figures 7 and 8).  Janina also was also honored with The Spelman Messengers’s 40 under 40 designation published in their 2018 fall issue (Figure 9).  Between photo shoots and award ceremonies, Janina found time to give invited lectures on biomedical careers at The University of Pennsylvania and the University of Pittsburgh (Figures 10-13).  Janina didn’t stop at academia—she was also featured in an Unsung Women’s Project article hosted by the She Geeks Out blog.  Finally, and this is the pièce de résistance, Janina was one of three winners out of 18,000 entries of a Spotify award to produce a podcast.  Janina’s entry, now titled In Those Genes, is a hip hop-infused science and culture podcast that uses genetics to decode the lost histories of African-descended Americans. 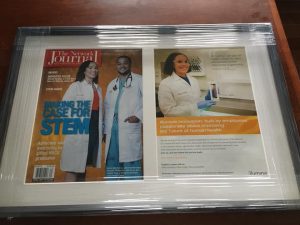 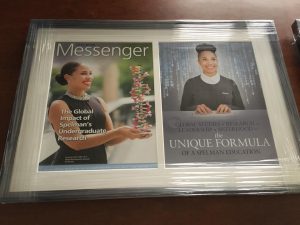 Figure 7. I am going to run out of walls.

Janina’s a podcast host?!?  Does she know Jessica Williams and Phoebe Robinson?!?

A side note:  Jessica Williams and Phoebe Robinson host a podcast known as 2 Dope Queens .  Admittedly, I do not listen to the podcast.  I am, however, quite familiar with their work.  Jessica Williams is a former correspondent on The Daily Show.  Phoebe Robinson is a best-selling author, and both of her audio books were enjoyed recently by yours truly.  Together, they do both the podcast as well as HBO specials based on the podcast.  I have seen the latter and thoroughly LOLed.  To boot, Phoebe is a Cleveland native.  At this point, I half expect to bump into her and #BritishBakeOff any day now.  But, I digress… 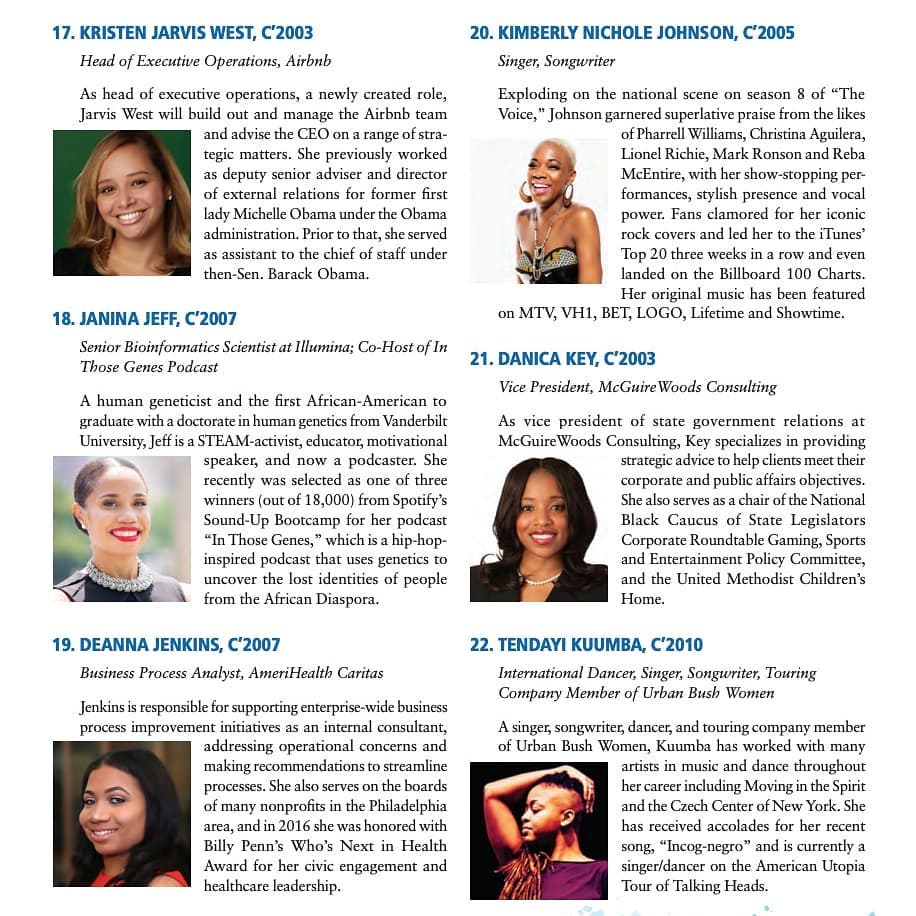 Janina’s podcast has yet to be disseminated to the masses, but she did share with a special few a preview of her first episode.  Let me tell you, it is beyond good.  It’s dope!  If you are interested, check out her site and “follow” for updates on its premier. 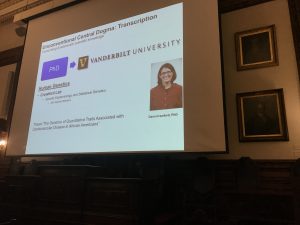 Figure 13. Awww, a nice shout-out from Janina at the University of Pennsylvania Institute for Biomedical Informatics (IBI) / Graduate Group in Genomics and Computational Biology (GCB) retreat 2018. 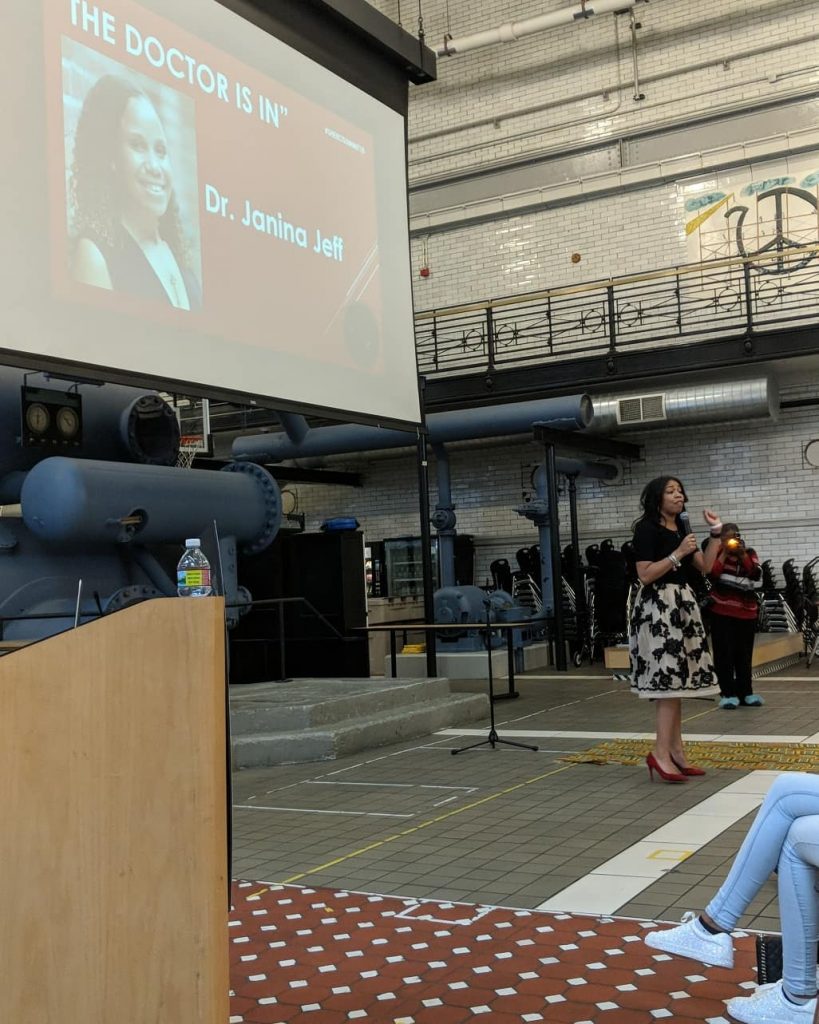 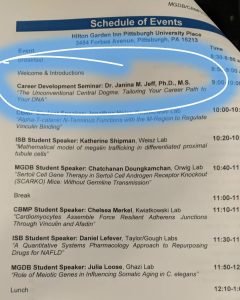 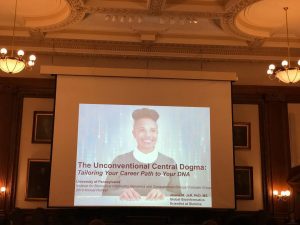 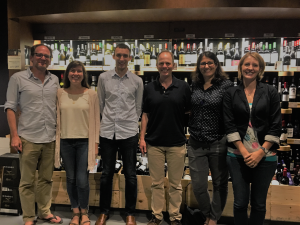 Figure 14. Dining with Jake and Logan at Astoria Cafe and Market in Cleveland (2018). 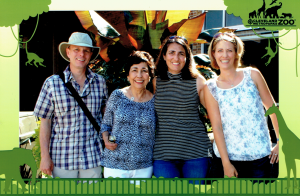 Next up, Crawford alum Dr. Logan Dumitrescu along with Crawford adjacent alum Dr. Jake Hall.  Both Logan and Jake made major career moves in 2018.  Logan was promoted to Research Assistant Professor at Vanderbilt University Medical Center while Jake landed a new job as a Bioinformatics Engineer at the Simons Foundation.  Congrats to both!  I was very happy to see both of them (Figures 14 and 15), along with a gaggle of Friends of the Former Center for Human Genetics Research (FFCHGR) group at this year’s North Coast Conference on Precision Medicine here in Cleveland (Figure 16).  We all enjoyed catching up with each and with science in general at the Cleveland Botanical Garden.  We should do this every year! 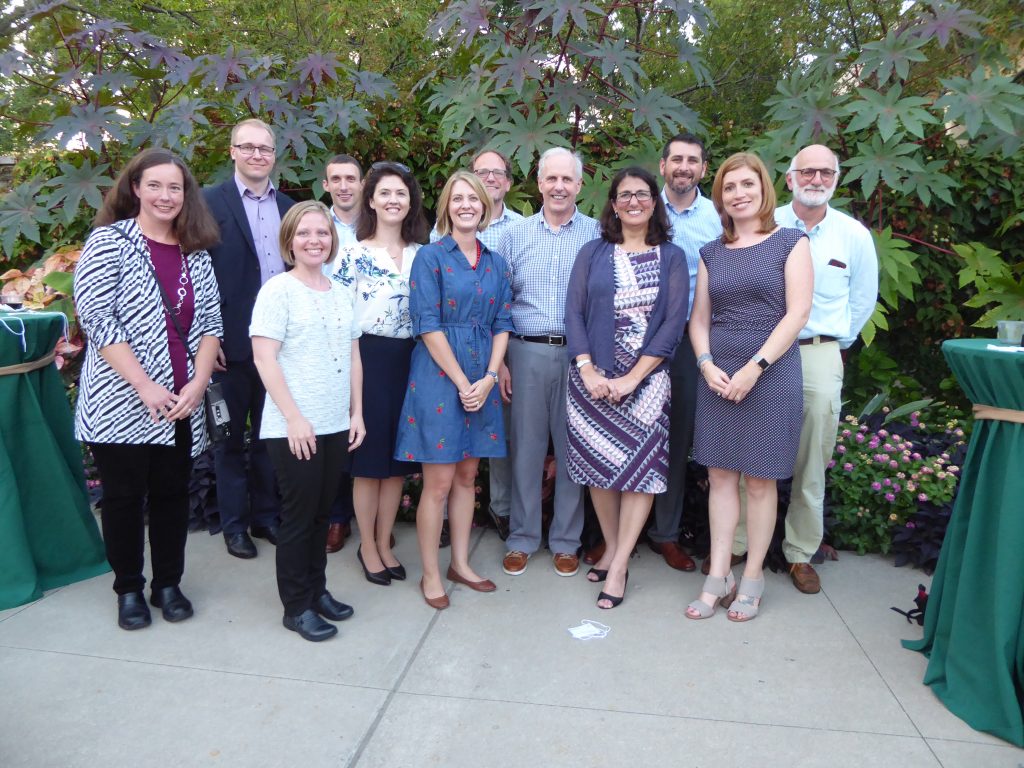 Figure 16. Friends of the Former Center for Human Genetics Research (FFCHGR) at the North Coast Conference on Precision Medicine (2018).

I know this post is wayyy tooo looong, but hang in there, I am wrapping it up! 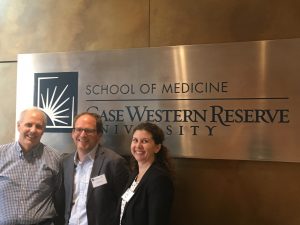 Figure 17. Look who got promoted! Drs. Will Bush and Erika Trapl along with Population and Quantitative Health Sciences chair Dr. Jonathan Haines (2018). 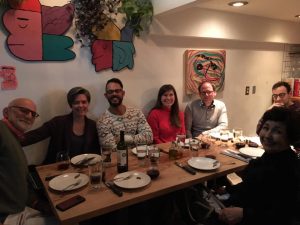 Figure 18. Pizza night with Dr. Melinda Aldrich and friends at Vero in Cleveland (2018). Finished that paper yet, Melinda and Scott? 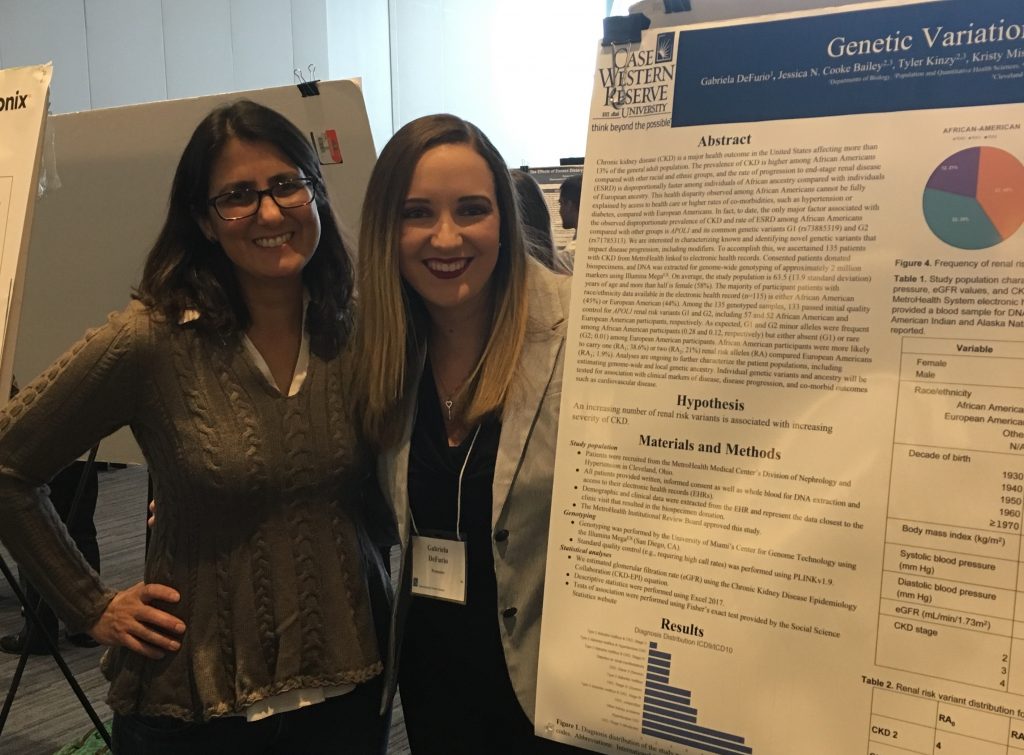 Figure 19. Dr. Dana Crawford and undergraduate Gabriela DeFurio present at the end of the semester (2018). 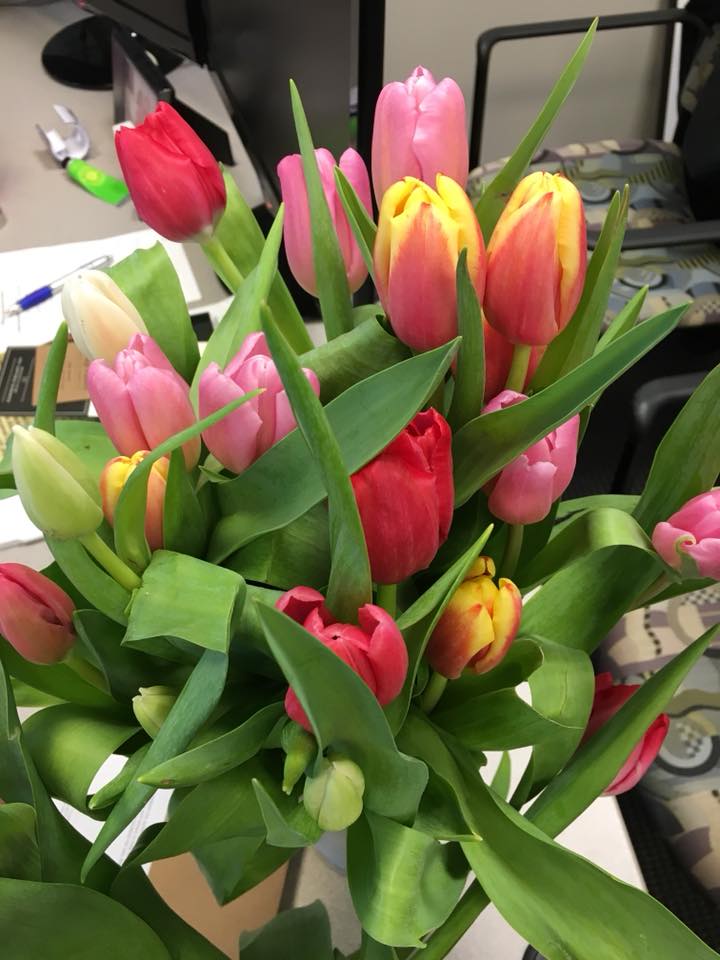 Figure 20. A glass of relaxing red, courtesy of my now thoroughly kiwi sister.

A 2017 addendum: I completely forgot to mention our meeting with then Illumina Senior Scientific Liaison Dr. Irene Predazzi.  Irene was a former post-doctoral fellow with Dr. Scott Williams and co-mentored by Dr. Will Bush.  Since our meeting in late 2017 at the Cleveland Museum of Art (Figure 22), Irene has left Illumina to take a position at Sanofi Pasteur as a Medical Science Liaison.  Her territory includes California and Hawaii.  I can barely contain my jelly. 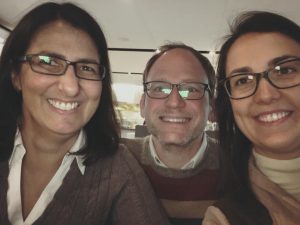