Will Bush and I are always looking for new lunch places within walking distance of CWRU, and this past February we stumbled upon Ninja City. If you find yourself walking up and down Euclid in Uptown looking for the place and can’t find it, you are probably not alone. This unassuming restaurant space has a confusing and somewhat unpleasant storefront. But, once inside, you’ll be sure to be pleased by the fun and upbeat ninja comic industrial décor (Figure 1).

The restaurant & bar comb is a small two story space with the main bar downstairs and the main eatery upstairs. The restaurant serves what I would classify as sit-down fast food Asian (Figure 2). The day Will and I had lunch, the restaurant was promoting a special pho, which I found tasty. We also had edamame and Gyoza dumplings for starters (the latter of which were a little hard for my taste). I brought Steve back for a dinner because I wanted to try the ramen and the cocktails. The ramen was OK, not great, and the mixed drinks were awful. It’s also curious that they serve practically everything using disposable dishware and plastic cups, which just further emphasizes the casual vibe of the place.

This place is probably popular with the students in the area, although it may not be as popular as it should have been given the unpleasant banter between the owner and former patrons. For me, I will probably go a few more times to Ninja City because it’s close to work and the food is OK, especially for lunch. I wouldn’t go back for dinner, but I would consider carry-out if I can figure out where to park. I suppose it’s time to brush up on those neglected (and admittedly underdeveloped) parallel parking skills! 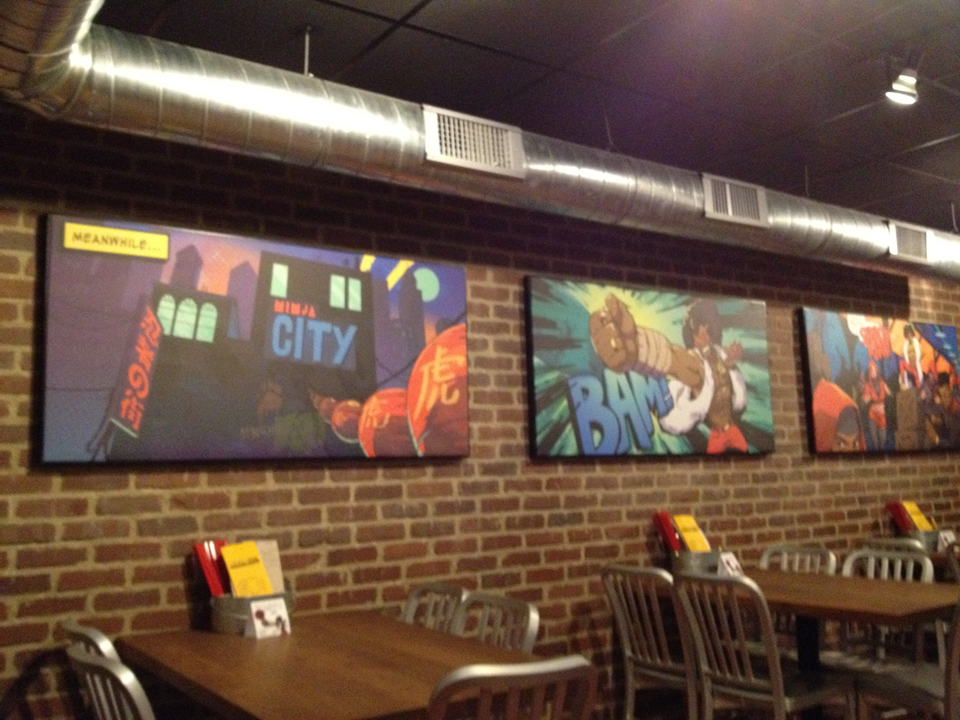 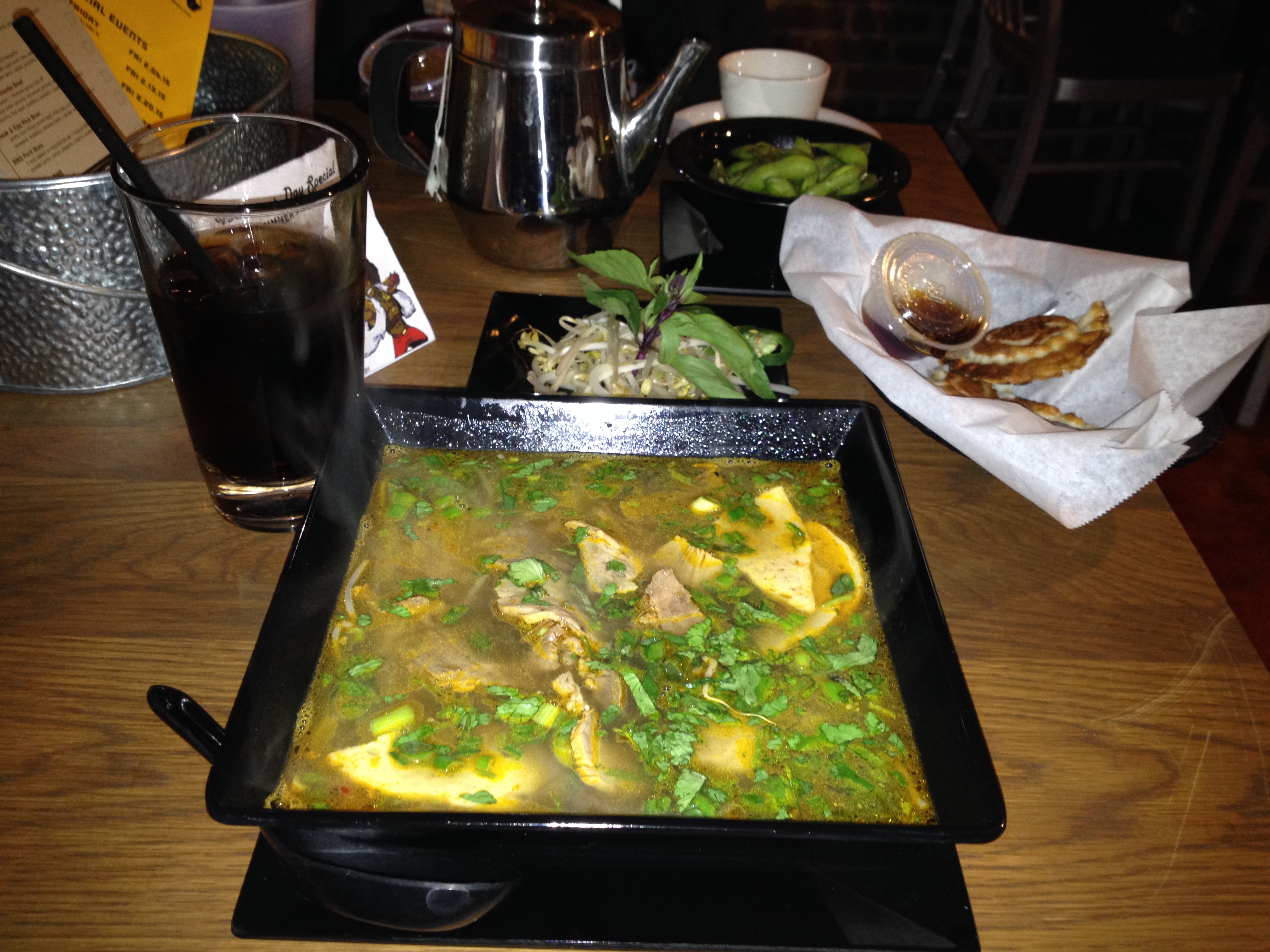