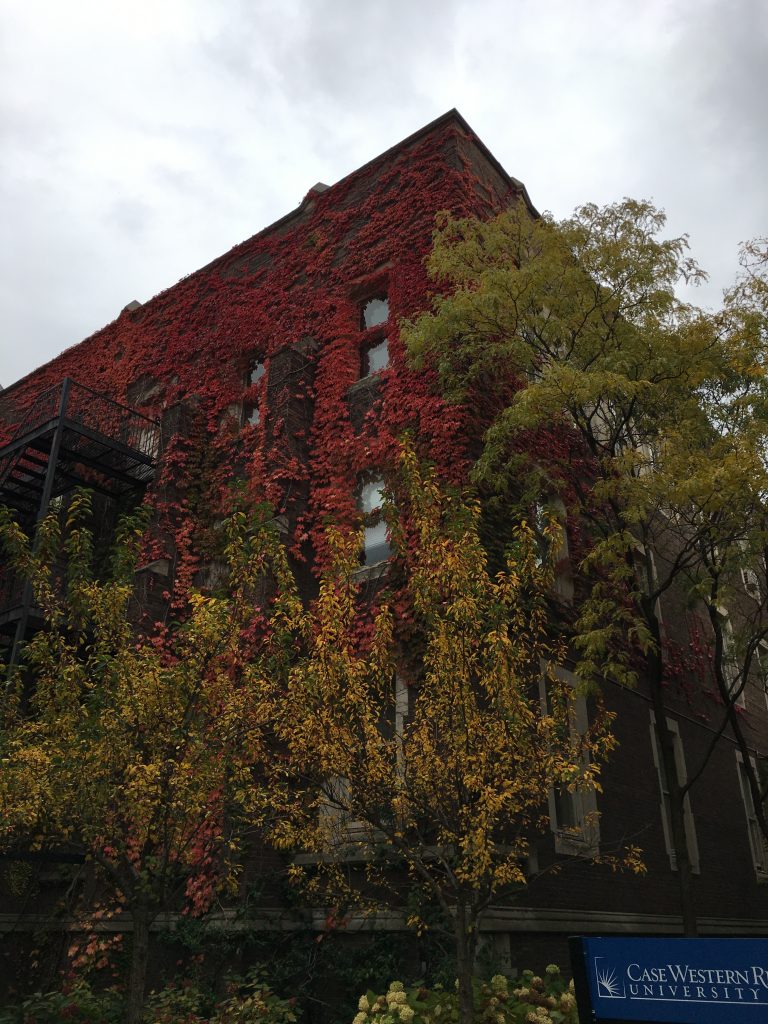 It’s mid-to-late October in the Cleveland area, and fall is in the middle of its full technicolor show (Figure 1).  Retailers are stocked with everything pumpkin spiced.  Skeletons seem to be everywhere.

You know what that means–time to make an ofrenda!

For those of us raised in this country and of a certain age, the end of October equated to fun costumes and trick-or-treating (Figure 2).  None of us partaking in this ritual gave second thought to the history or origins of the day, and instead fixated on the full-sized chocolate bars being given out by one of the skeleton-clad houses in the neighborhood.

Flash forward a few decades, and now that skeleton needs a pretty hat or dress (Figure 3).  It’s Día de Muertos, after all! 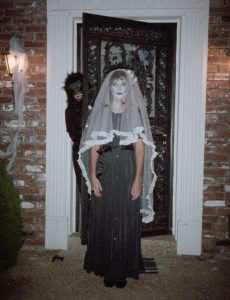 Figure 2.  OK, OK–I was technically too old for trick-or-treating at this point.  But, it was still fun to dress up.  And, Mom loved scaring kids as the gorilla.  Ah, those were the days (Halloween, 1987). 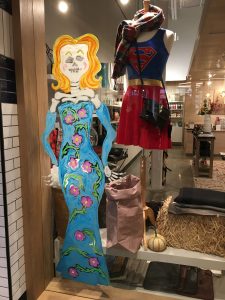 Figure 3.  Day of the Dead imagery is everywhere, even here in Cleveland  A skeleton window next to the Super Girl dress form at Luster in the Van Aken District (Cleveland, 2019).

If you are unfamiliar with Día de Muertos, I refer you to Coco, Disney’s beautifully and lovingly rendered crash course in all things Day of the Dead.  Here I will try to briefly summarize this celebration based on what I have read and my Mom’s stories.

Day of the Dead is a time for families to get together to remember those who have died.  Sounds like fun!  But, wait–there’s more (I promise!).

This is a multi-day event practiced in central and southern Mexico that today generally starts on Halloween (October 31st), continues through All Saints’ Day (November 1st), and ends on All Souls’ Day (November 2nd).  This alignment of holidays/observances is not a coincidence.  Prior to Spanish colonization, the Aztecs celebrated a festival dedicated to Mictecacihuatl (Queen of the afterlife and wife of the Death God) in the summer.  In this festival, the Aztecs feared the gods and their ability to resurrect the dead, and the festival was an opportunity to appease the dead by burying food and other goodies.  The Spaniards pretty much discouraged these indigenous practices and in their place imposed Catholic and other European practices (All Saints’ Day and All Souls’ Day, in this case).   Both parties found that old habits die hard, so the descendants of the native people of Mexico kept practicing their rituals, and the Spaniards just moved the dates or kind of appropriated the rituals.  This compromise resulted in a mash-up if you will, now known as Day of the Dead.

In today’s Day of the Dead, families bring their departed loved ones’ favorite dishes (including pan de muerto or bread of the dead) to the cemetery and wait up all night for a chance to visit.  A sort of Great Pumpkin with baked goods.  Families also create offerings or “ofrendas” in their homes, an alter decorated with pictures of their deceased loved ones and their favorite foods all designed to welcome the departed back home if for just one night. 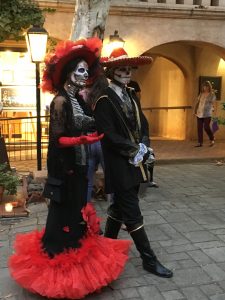 Born and raised in Mexico, you would think Mom would be all about Day of the Dead, and I would be posting pictures of our ofrendas from over the years.  In fact, Mom says that when she grew up, the only thing they did for the Day of the Dead was to go to the candy store to buy a candied skull with their name on it.  Mom says that back in her day, only the small towns and villages practiced the “real” Day of the Dead.  Also, Mom says that, until recently, most Mexicans were not proud (or were taught to ignore) their indigenous roots.

So, if most modern-day Mexicans didn’t practice Day of the Dead, why are we suddenly seeing it everywhere? 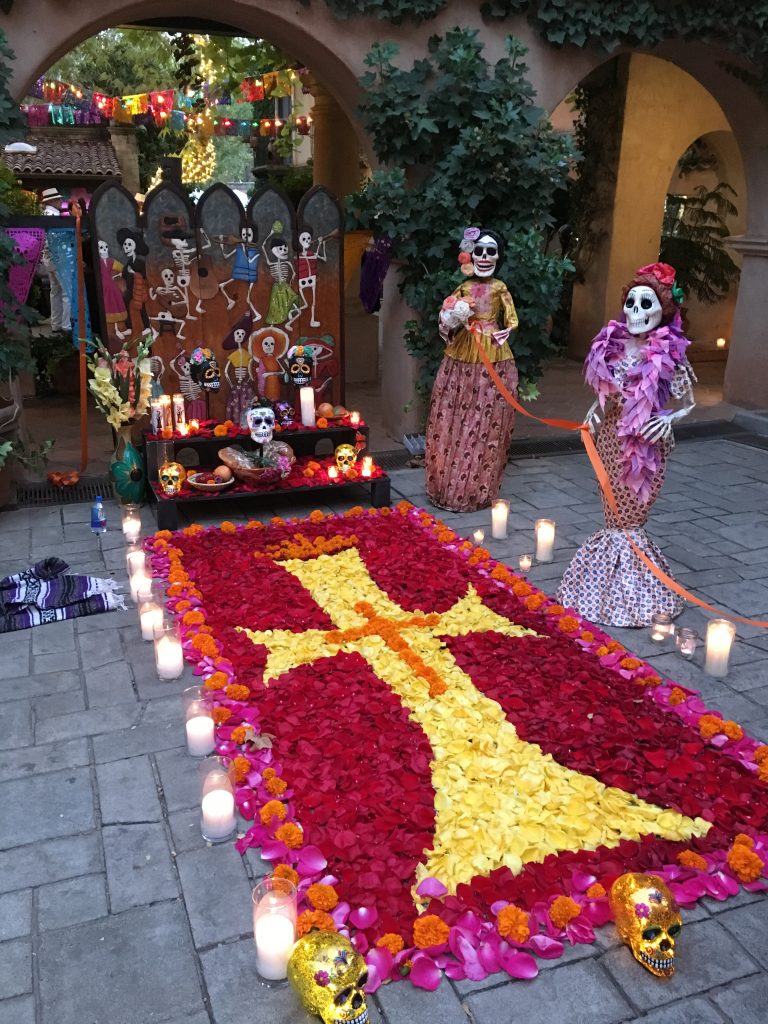 Well, for one, Mexicans are now embracing their indigenous roots more than in the past.  Second, Day of the Dead is now recognized by the United Nations Educational, Scientific, and Cultural Organization (UNESCO) as an important practice representative of cultural diversity.   Declared in 2003 and inscribed in 2008, Day of the Dead is an official “intangible cultural heritage“.  Finally, and perhaps most unexpectedly, 007 made Day of the Dead cool and mainstream.  Top it off with Disney’s Coco, and you have all the calacas and calaveras you could ever want.

Most major cities in the US with large Hispanic populations have some kind of Day of the Dead celebration.  Steve and I happened upon one in Sedona, Arizona a couple of years ago.  It was spectacular, complete with live music, silks, models (Figure 4), and gorgeous ofrendas (Figure 5).

Mom and I checked out Day of the Dead, CLE style, last year.  The celebration is held in the Detroit Shoreway neighborhood hosted by the Cleveland Public Theatre.  On Saturday morning (November 2nd this year), there is a short “Skulls and Skeletons” procession featuring various skeletons on stilts, dancers, and a few mariachis (Figures 6-10).  Following the parade, everyone crowds into the Cleveland Public Theatre to view the ofrendas crafted by local artists (Figures 11 and 12). 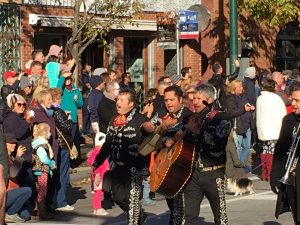 The Cleveland Day of the Dead celebration is small compared with other larger cities.  Still, it’s apparently the largest in Ohio and a lot of fun to go see, especially if you have never seen one.  So, if you are free this Saturday and craving a dose of Recuérdame, canta y no llores and get yourself to the westside early for parking because the parade starts at 11am! 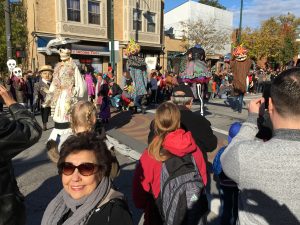 Figure 7. Mom enjoying the Skulls and Skeletons procession at Cleveland’s Day of the Dead (2018). 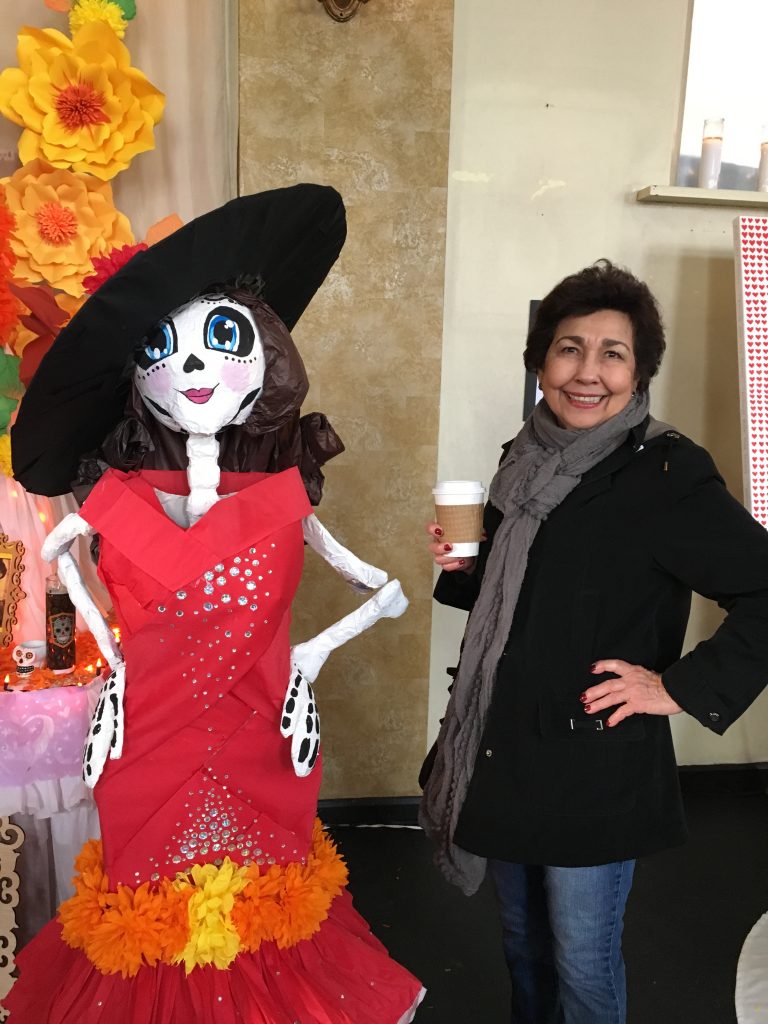 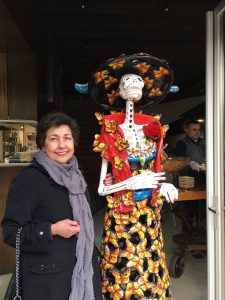 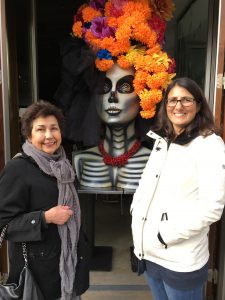 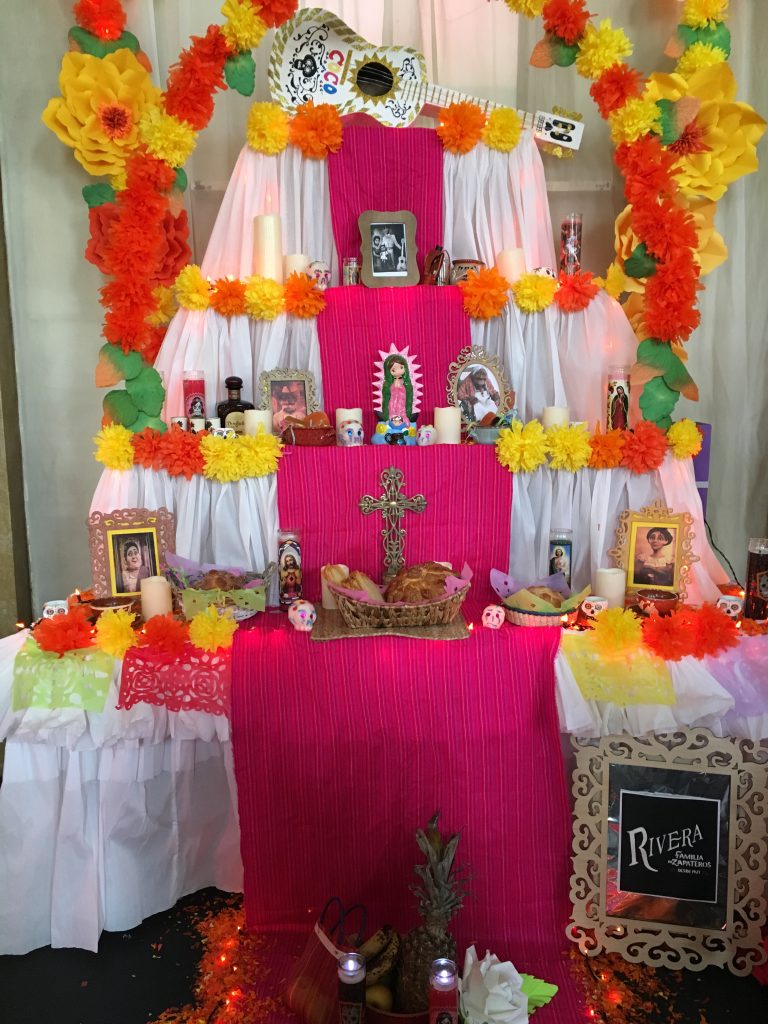 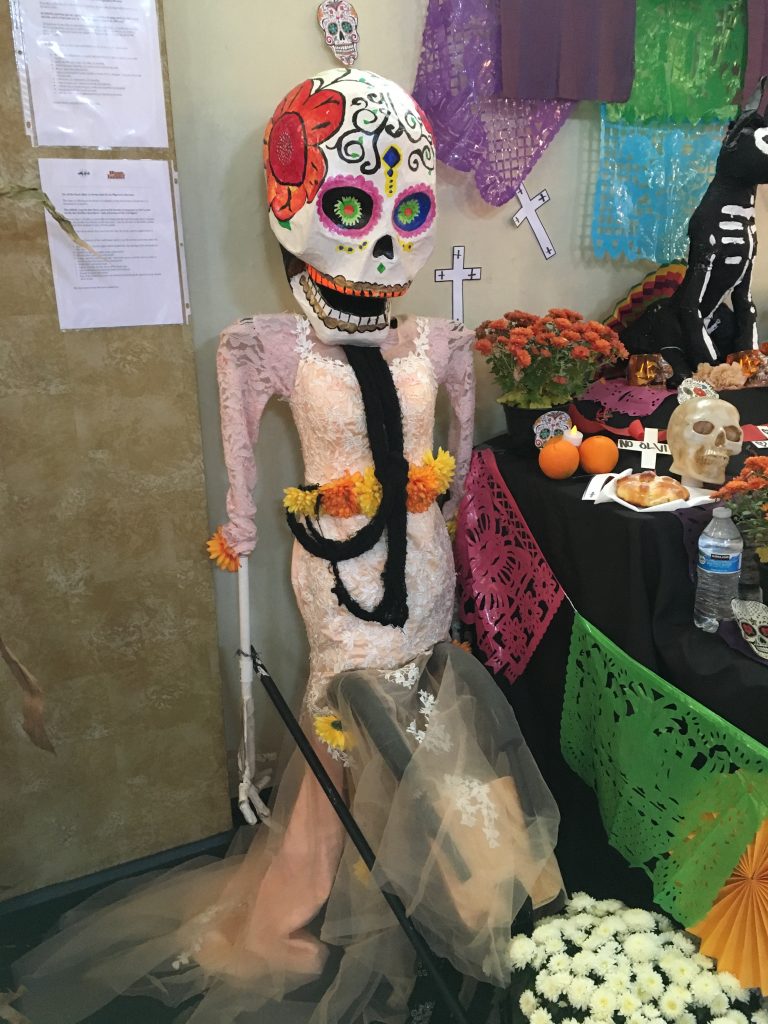