Like most older American cities with sizable surrounding suburbs, Cleveland has struggled to attract and retain downtown residents.  Cleveland’s latest strategy targets the area known locally as “The Flats,” a downtown area on the east and west banks of the Cuyahoga River.  The Flats has had a long and colorful history pretty much since the founding of Cleveland.  People fought over bridges, industries thrived at the cost of the environment, the river caught fire several times, and when all that was said and done, someone put a lot of money into the area back in the 1980s to develop an entertainment district.  Unfortunately, that resurrection was short lived when several revelers fell into the river and drowned (among other problems related to safety).

Flash forward to the mid-2010s, and The Flats phoenix rises again.  This time seems different, and not because it coincides with my arrival to Cleveland.  No, this time developers seem aware of The Flats’ troubled history and have tried to diversify the offerings to better ensure its long-term survival.

One such offering is BOLD Food and Drink, a restaurant located on the east bank serving a variety of small plates, entrees, and great cocktails (Figure 1). 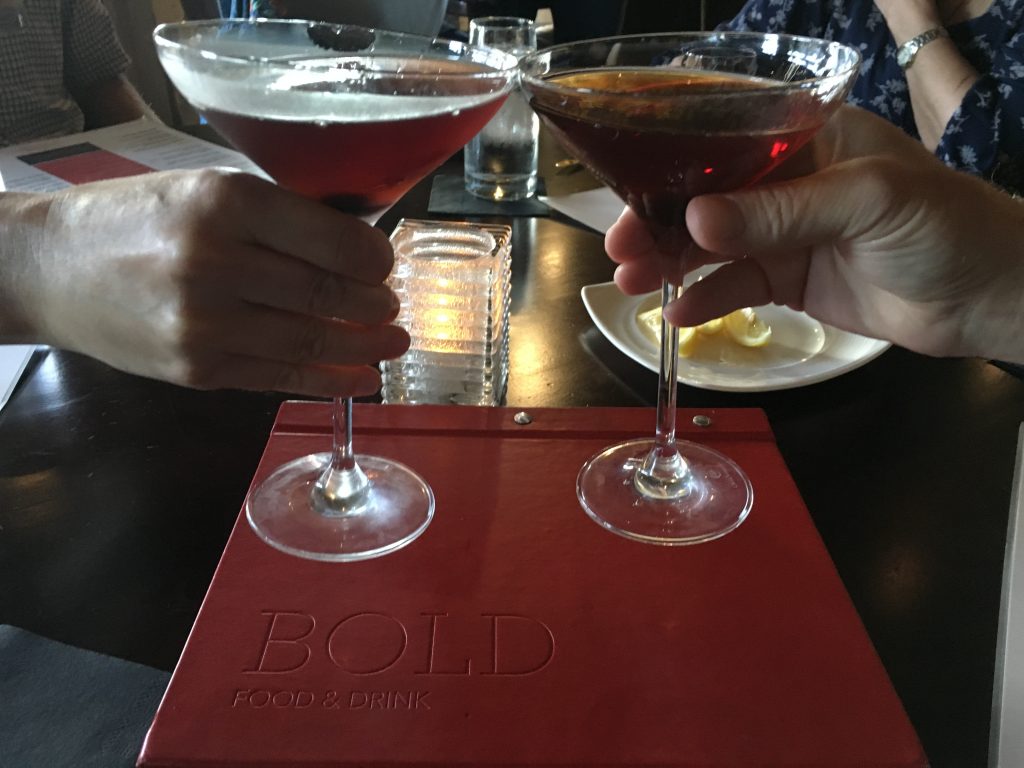 As I have mentioned before, my husband Steve really, really likes small plates.  So, you can imagine his happiness when scanning the menu.  I, on the other hand, opted for the surf ‘n’ turf section and ordered some double surf (Figure 2). 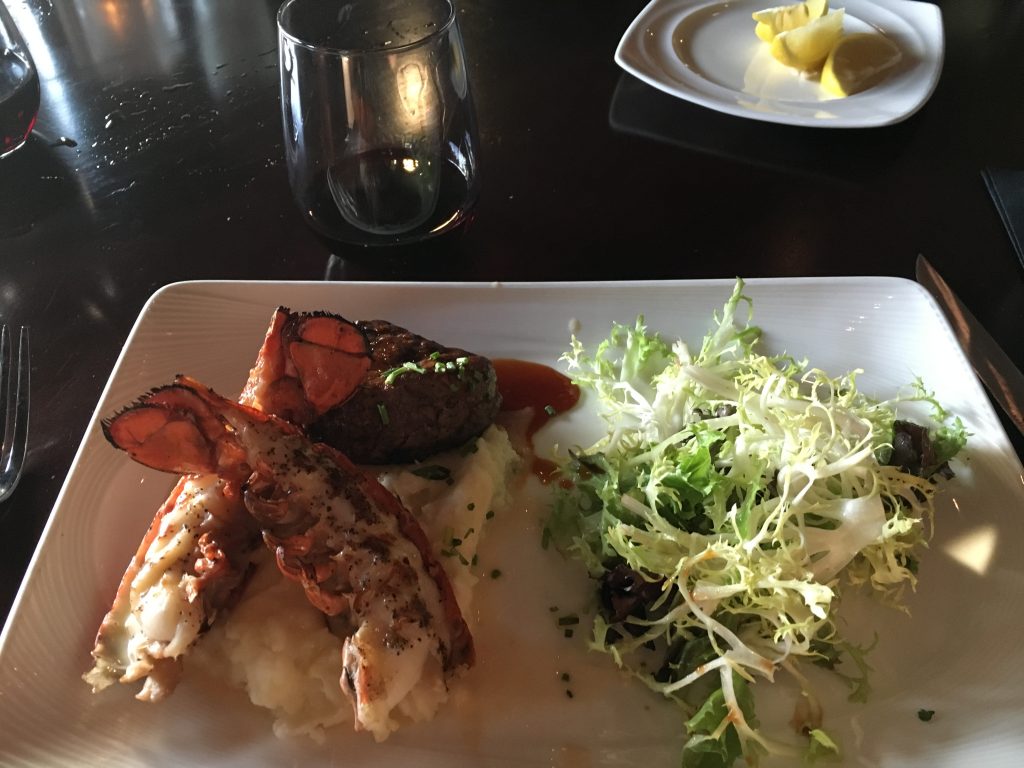 Mom with her diet limitations ordered the lobster tail wrap (Figure 3).  And, someone in the group convinced us that we had to have some dessert (Figure 4). 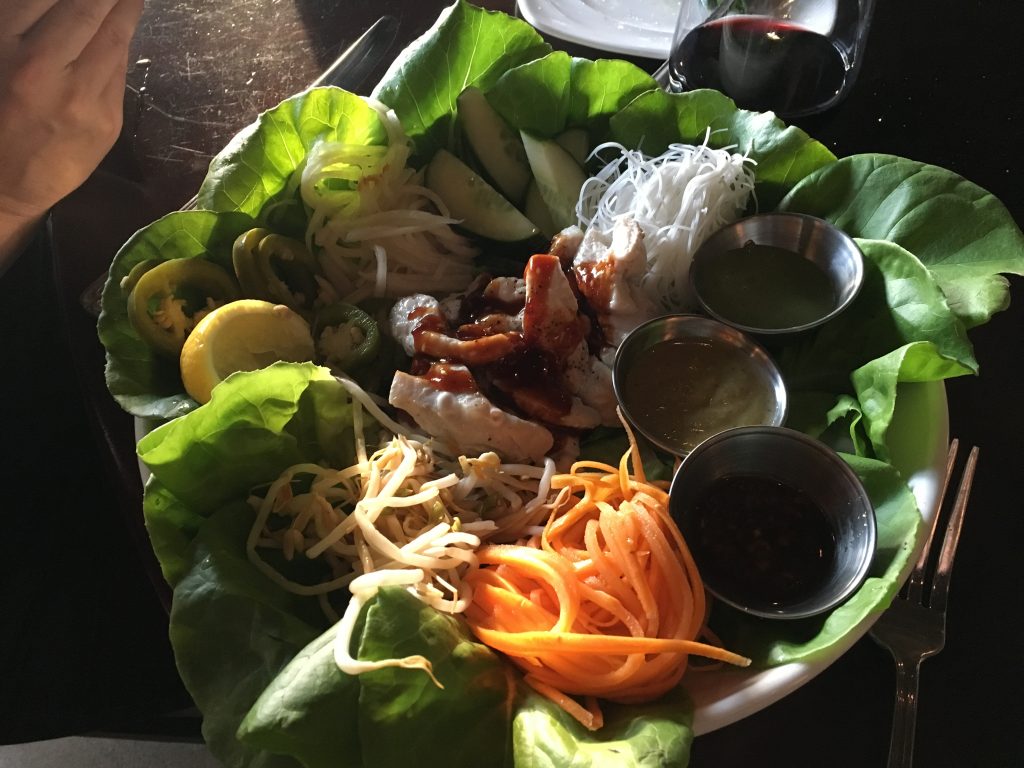 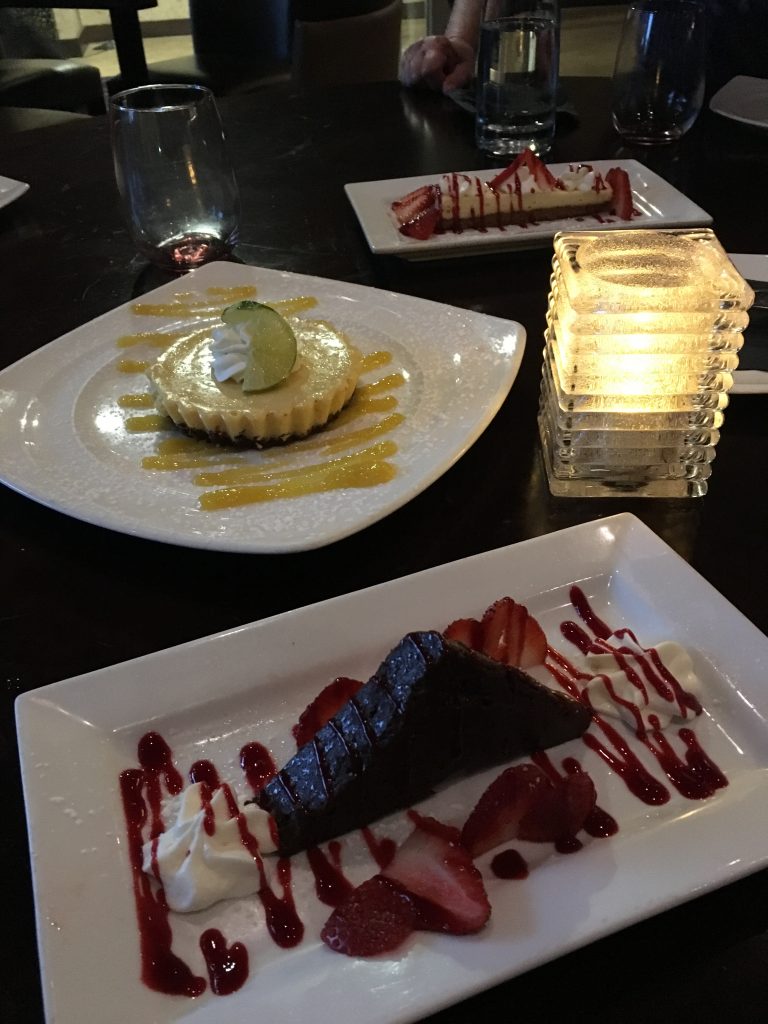 All in all, our group enjoyed the food, decor, and, of course, company (Figure 5). 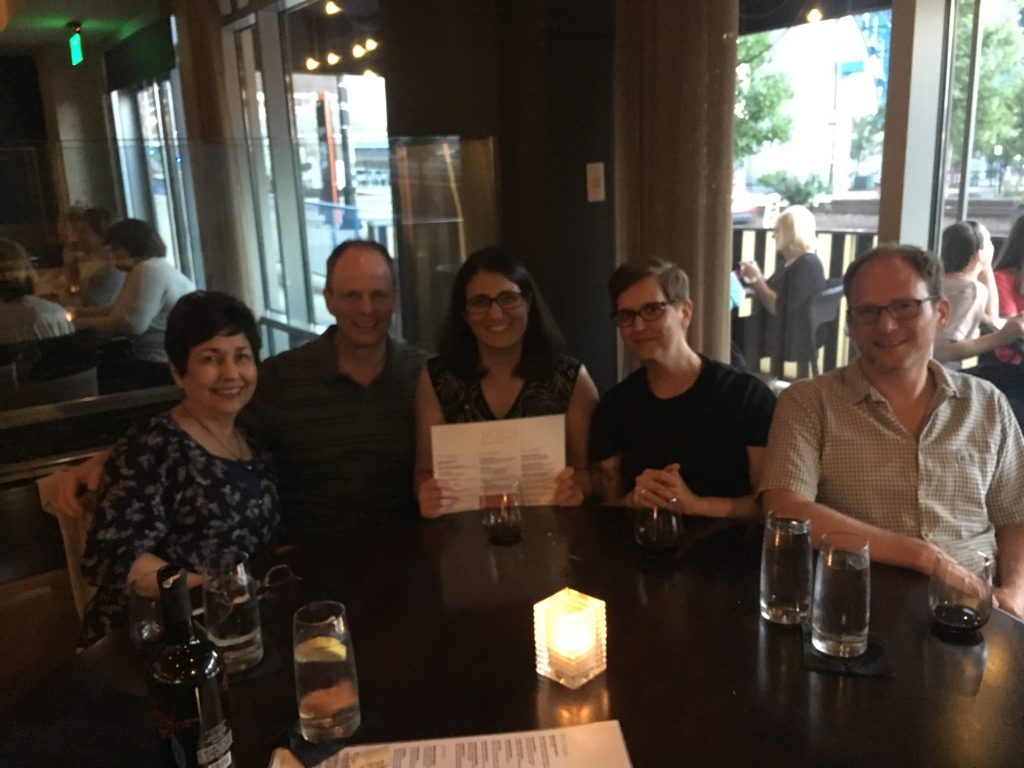 Figure 5. Where the BOLD and the beautiful gather to eat and drink in The Flats (2018).

As you might notice from the dates on the pictures, this outing was a while ago.  Since then, I have been again with some mixed results from the kitchen but not from the bar.  Also, be aware the menu has changed substantially since 2018 (as, as of this writing, the menu on Yelp is the old one).  Still, if you are in The Flats area and are looking for a BOLD choice, look no further than the east bank for this hip eatery.