Craving a soft bossa nova night? Where do you go in Cleveland for this sort of thing? Larchmere, apparently. This past May, a new Brazilian restaurant Batuqui opened in an old turn-of-the-century house on Larchmere. Larchmere is just a hop, skip, and jump away from our house, so we were eager to try this new place out. Initially we came for the food, and we ended up lingering for the music.

Overall, we were pleasantly surprised by this new addition to the neighborhood. I am not extremely familiar with Brazilian food (I equate it with the obnoxious steak chains like Fogo de Chao), but I do recognize some similarities with Mexican food (the beans, of course). The owners are Brazilian, and they have crafted a menu that reflects flavors from that country that you don’t find in other restaurants.

On this occasion, we opted to be seated in the patio space behind the main restaurant. Steve noted that the patio was actually packed too tightly for his comfort (the table next to us had antsy teenagers who insisted on getting up every minute or so, all the while banging their chairs against Steve’s). The indoor seating situation is probably not much better. The indoor seating is actually very limited from what we heard (about 30 tables), so reservations in the winter months are probably recommended. We were very lucky it didn’t rain on us the night we dined. I worry a little about this restaurant relying so much on the outdoor space given the bad weather we have been having this summer. The patio is definitely an asset, but only when the weather is nice!

We found the food to be pretty good, especially given the restaurant just opened. Mom and I started with wine and Steve opted for the Brazilian mixed drink known as caipirinha (Figure 1). The wine-by-the glass options are very limited, so I hope the owners reconsider the list as time goes on. For our starter, we ordered the Peruvian ceviche, a special that night (Figure 2). Boy, was it special! Mom declared it was some of the best ceviche she’s ever had! For the entrees, Steve had the feijoada (Figure 3), Mom had the lactose-free moqueca baiana, and I had the churrasco de picanha (Figure 4). We all enjoyed our entrees, each of which was pretty large for one portion.

Perhaps the best surprise that night was the live music provided by Luca Mundaca. The soft bossa nova pieces complemented the food and atmosphere of the patio. The staff told us that more musicians will be featured and that the music schedule will be posted online sometime soon in the future. Also added was a new brunch menu. All these additions make us eager to put Batuqui on our heavy rotation list, as long as we can grab a decent seat! 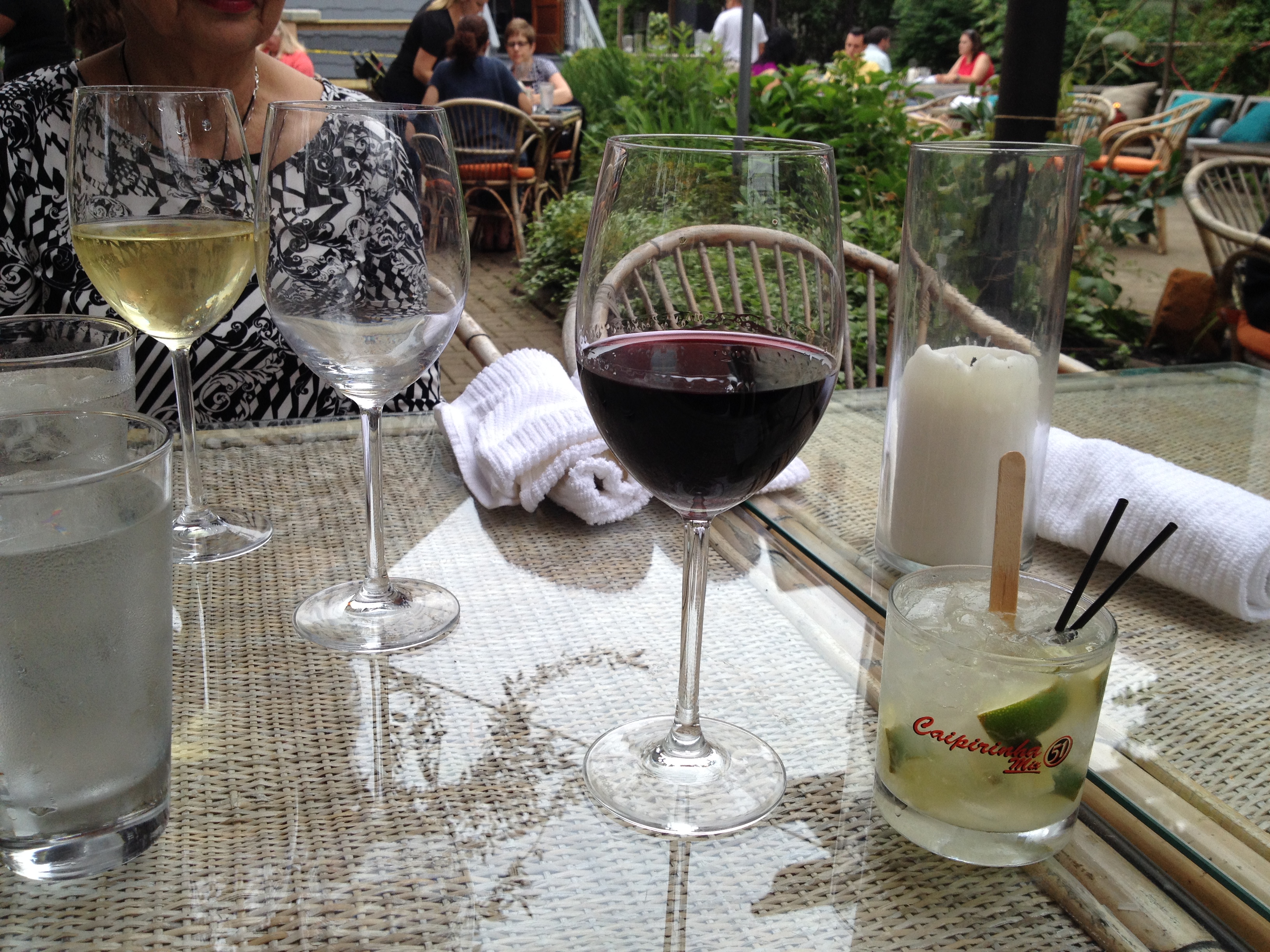 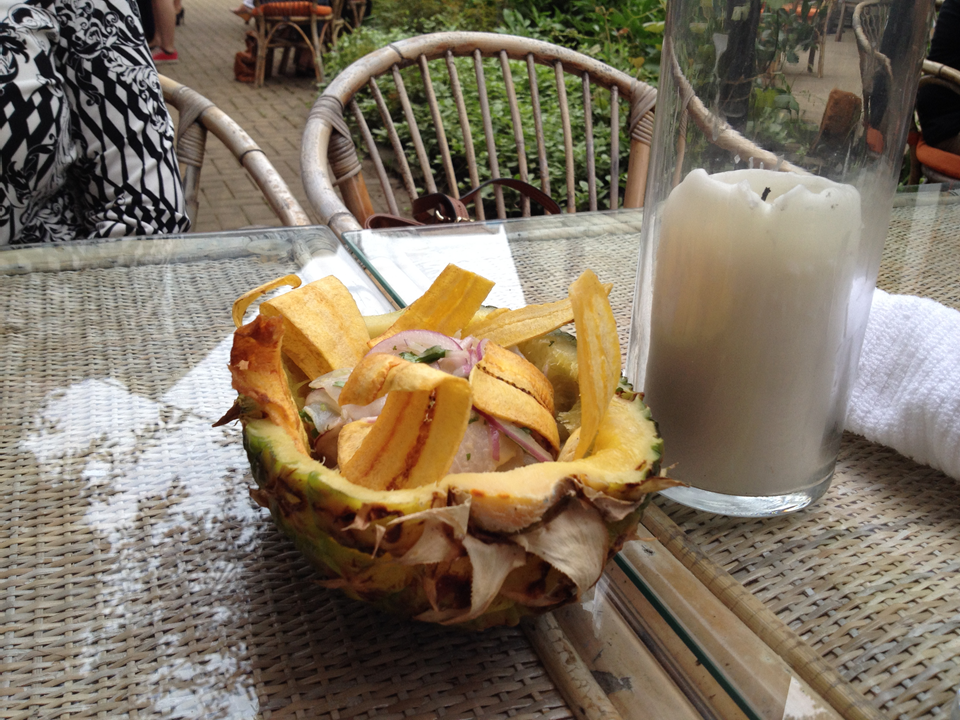 Figure 2. Peruvian ceviche. Wait, I thought this was a Brazilian restaurant! Apparently, this was made based on a recipe from one of the kitchen staff from Peru.  Steve wants me to note the dried banana chips served with the ceviche. 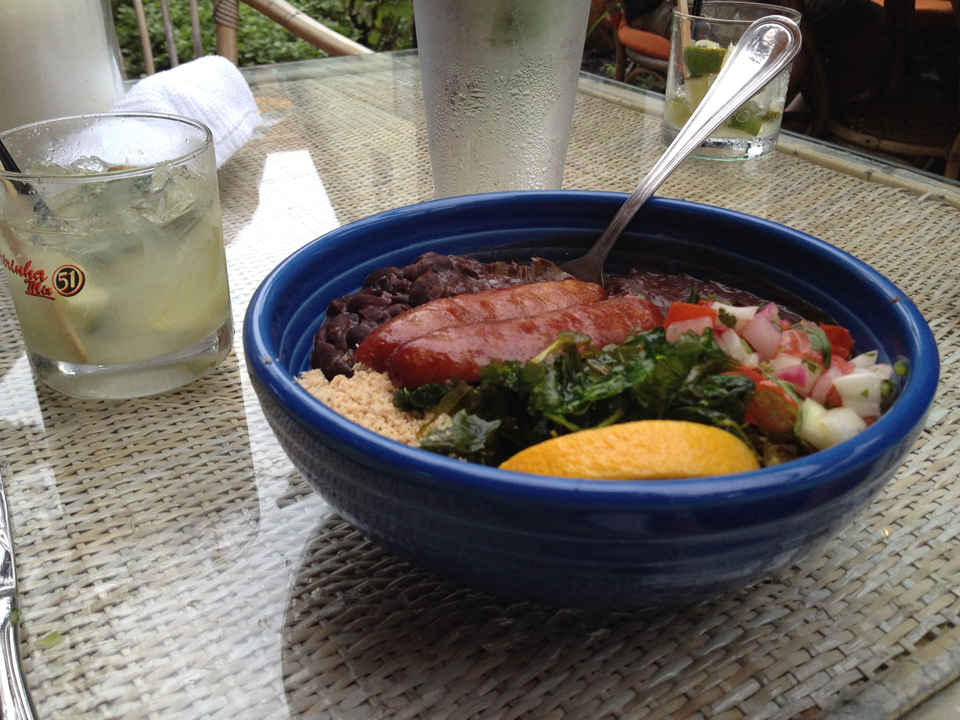 Figure 3. Feijoada. According to the menu, this is a traditional Brazilian party dish made of black beans and meats served with rice, farofa (toasted cassava flour mixture), and tomato relish. 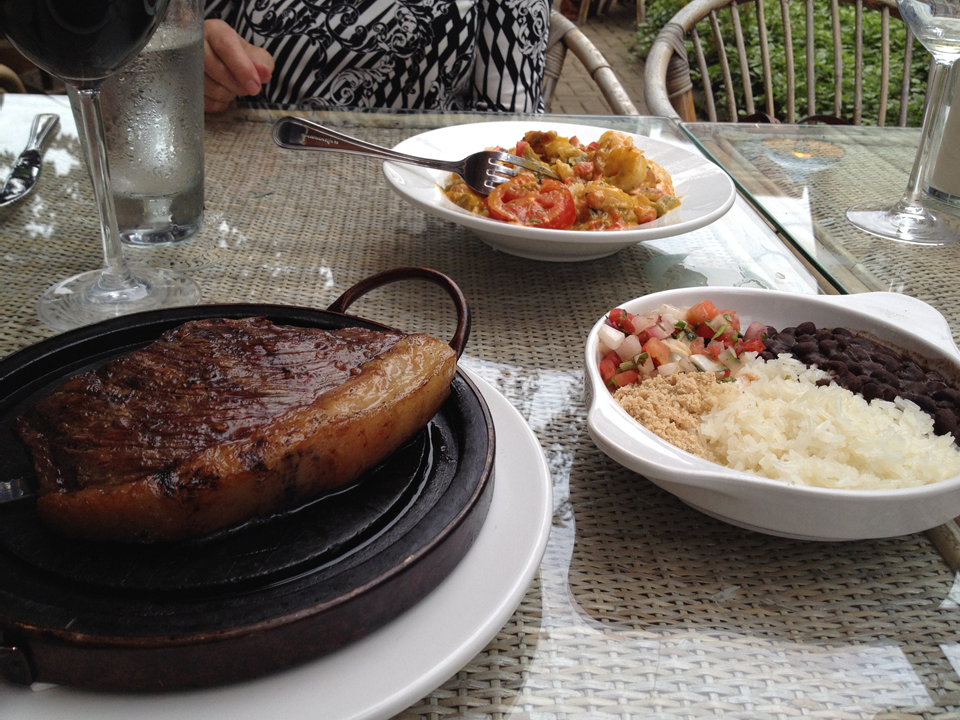 Figure 4. Churrasco de picanha and moqueca baiana. The churrasco (foreground) was a great, sizzling piece of meat (just how I like it!). The moqueca baiana is a seafood stew made with tomato, green peppers, coconut milk, and dende (palm) oil.