Much has surprised me about living in Cleveland. It probably comes as no surprise to many that Cleveland has a bad rap. Sure, we expect a good ribbing from our Pittsburgh friends (who taught me “mistake by the lake”), but I can’t tell you how many other friends and acquaintances were flabbergasted when we considering the move to northeast Ohio. Their incredulous “Cleveland?!?” still rings clearly in my ears.

Yes, Cleveland! One wonderful surprise Steve and I have enjoyed and plan to continue enjoying is the green space available in this city. Coming from the southeast, we are accustomed to cul-de-sacs and sprawling burbs where developers reign king. Cleveland, on the other hand, seems to have thoughtfully set aside and, in some cases, restored green spaces for its citizens to enjoy the outdoors in all kinds of weather.

One example of such a space is the Beachwood City Park West/East. We live in Cleveland Heights, but before we bought our house and moved in, I was staying in several hotels in Beachwood while I began my job at CWRU. Feeling hotel bound, I was determined to find a nice place for walking in the mornings and late afternoons during the beautiful summer and falls days. A quick Google search and conversation with locals led me to this little park nearby my hotel.

The Beachwood City Park West/East runs parallel to Shaker Boulevard, a major road for commuters from Beachwood to Cleveland (I’m looking at you, Chun Li!). The park offers 1.6 (West) and 1.0 miles (East) of paved trails for walking, running, biking, and skating. There is also a nice open-air shelter for picnics and gatherings on the west side of the park. I enjoyed the park alone in the mornings and evening both in the summer (Figure 1) and fall (Figure 2). The park was filled with other lone walkers/joggers, families out for a stroll, and congregants walking to a nearby synagogue. Safe, clean, convenient, and green---now that’s what I am talking about! 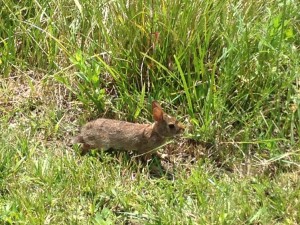 Figure 1. Beachwood City Park East during the summer (2014). I made a bunny friend! 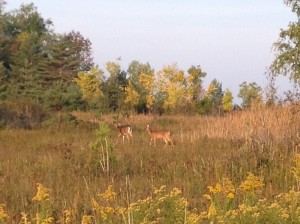