What:  Cleveland Cavaliers and Indians 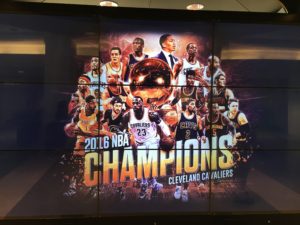 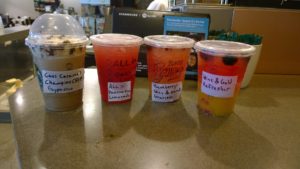 Figure 2. The CWRU-area Starbucks is All In! (Photo credit: Will Bush, PhD).

Unless you have been living under a rock, you know that the Cleveland Cavaliers just won the National Basketball Association (NBA) Championship in Game 7 on Sunday (Figure 1).  This is huge.  As I wrote last year, Cleveland is a city that has been starved of championships in professional sports.  It’s been a long 52 years without one.  So, it’s understandable that this championship has given the average Clevelander the license to go bonkers this week (Figure 2).

I have never been that much of a professional sports fan.  As we were considering our move to Cleveland, the professional relocation services boasted that Cleveland has the big three:  football (the Browns), baseball (the Indians), and basketball (the Cavs).  Cleveland is only really missing hockey, which is actually surprising to me given how cold it is here and how close we are to Canada.  And, of course, we don’t have soccer, but I suspect the average American doesn’t really care. 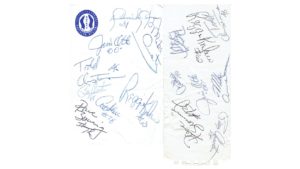 Figure 3. Autographs from the Oakland Raiders while at a California Pizza Hut, circa 1980 or 1981. Or maybe it was 1979, who knows. We’ll discuss my pack rat tendencies in a future post.

Actually, I don’t care too much about the big three, either.  My earliest recollection of sports was the 1980 Winter Olympics when figure skaters Tai Babilonia and Randy Gardner had to withdraw from the competition because of an injury (although I have vague memories of Dorothy Hamill from the 1976 Winter Olympics, but that’s probably because of my haircut and doll).  I became aware of professional sports around 1980 when my sister’s birthday party happened to be at a Pizza Hut where the Oakland Raiders were enjoying some pizza.  The kids at the birthday party really didn’t know any of the players (some of whom played in the 1980 Super Bowl) or football for that matter, but many of the parents did as they scrambled for napkins and scraps of paper to ask for autographs (Figure 3).  My first recollection of actually watching a football game on TV was the 1981 Super Bowl when the San Francisco 49ers won their first National Football League (NFL) championship. 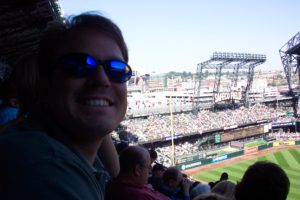 Figure 4. Jeffery Hall enjoying a Mariners game in sunny Seattle (Labor Day weekend 2003). My bro-in-law was visiting from another state, and he has made it a habit to see a baseball game in as many of our nation’s stadiums as possible. We saw Ichiro Suzuki, a player now on track to reach and exceed 3,000 hits.

As for watching professional sports in person, I can count those events using one hand.  My first baseball game and hockey match were both in Atlanta, GA (the Braves and Gladiators, respectively) back around 2000.  Since then, I have been to a Seattle Mariners game in 2003 (Figure 4) and again within three years before we moved from Seattle.  In 2011, I attended a Baltimore Orioles game as a Pharmacogenomics Research Network bonding experience (data not shown ‘cause someone else has that picture).  Since then, nothing….until I moved to Cleveland.

Our intrepid ICB Associate Director for Clinical Informatics Dr. Jill Barnholtz-Sloan recently organized an ICB staff and faculty outing.  The date was mid-May and the chosen activity was baseball.  Sounds pleasant enough, right?  Well, little did I know that Cleveland is prone to crazy weather between April and June.  And, on this particular day, the morning started off with some snow.  SNOW!  I was convinced the outing and the game itself was going to be canceled.  Silly me!

Like some of my fellow Clevelanders, Steve and I grabbed our winter down coats and headed to Progressive Field via RTA.  There, we met the steely ICBers Dan Baechle and Yingli Wolinsky (Figure 5).  We all shivered in the stands through the seventh inning stretch.  Admittedly, Steve and I didn’t stay too much longer after that given 1) our team was woefully trailing and 2) it was really cold (Figure 6).  The Cleveland Indians are currently ranked 1st in the American League, so there’s a possibility that there’s another game in my future.  Here’s hoping that when Steve’s brother comes to visit, it’s at least above freezing. 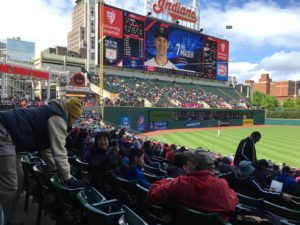 Figure 5. Dan Baechle and Yingli Wolinsky and family chatting at the Cleveland Indians game in May 2016. 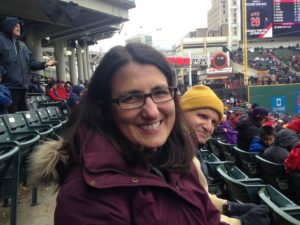