What:  Fire Food and Drink

Shaker Square has already been introduced to this blog as a great outdoor place to shop for local fruits and vegetables during the non-snow months at the North Union’s Farmer’s Market. But, Shaker Square is much more. Shaker Square has a movie theater, a grocery store, and a pharmacy. Shaker Square also has many places to eat for breakfast through dinner both indoors and out.

Fire Food and Drink is one such restaurant, open for dinner and weekend brunch. Fire is a member of Cleveland Independents and has been around here for a while (the Yelp.com reviews go back to at least 2007). Fire is known for consistently high quality food, which it locally sources from the North Union Farmer’s Market suppliers when possible.

So far we have been twice, once while Steve and I were house hunting and once after we moved to Cleveland with Mom. On the latter visit, we found Fire to be very respectful of Mom’s dietary restrictions, and the server was quick to point out what she should and should not order. Mom decided on poblano chiles for a starter that night, which were prepared as a vegan entrée (Figure 1). We all agreed that these were quite good. Mom followed up her lactose free starter with the scallops. I, of course, had some meat (Figure 2). And, Steve opted for the sunfish that night (Figure 3). 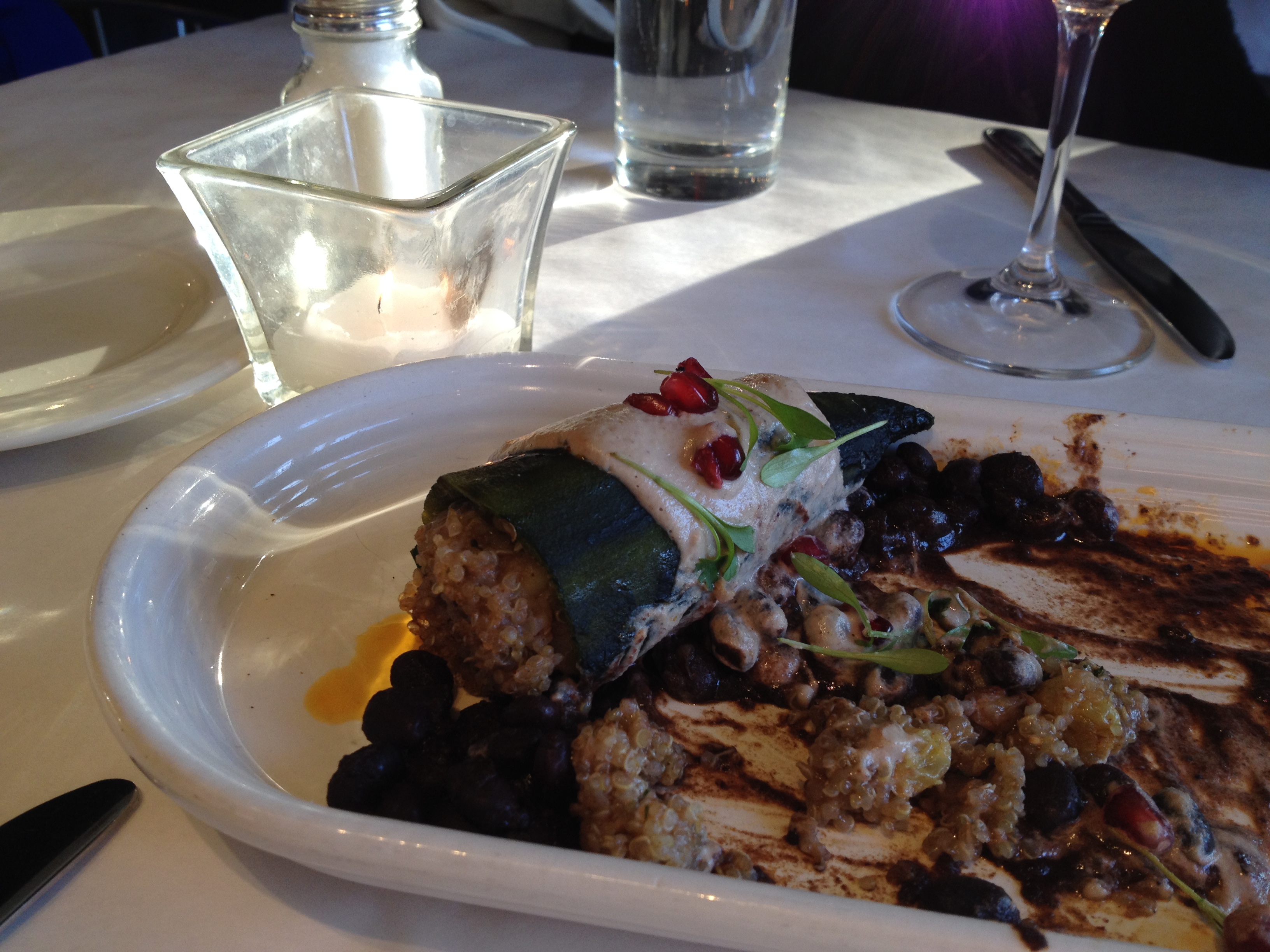 Figure 1. Chile poblanos, vegan preparation. We all marveled at the “cream,” which was really walnut puree! 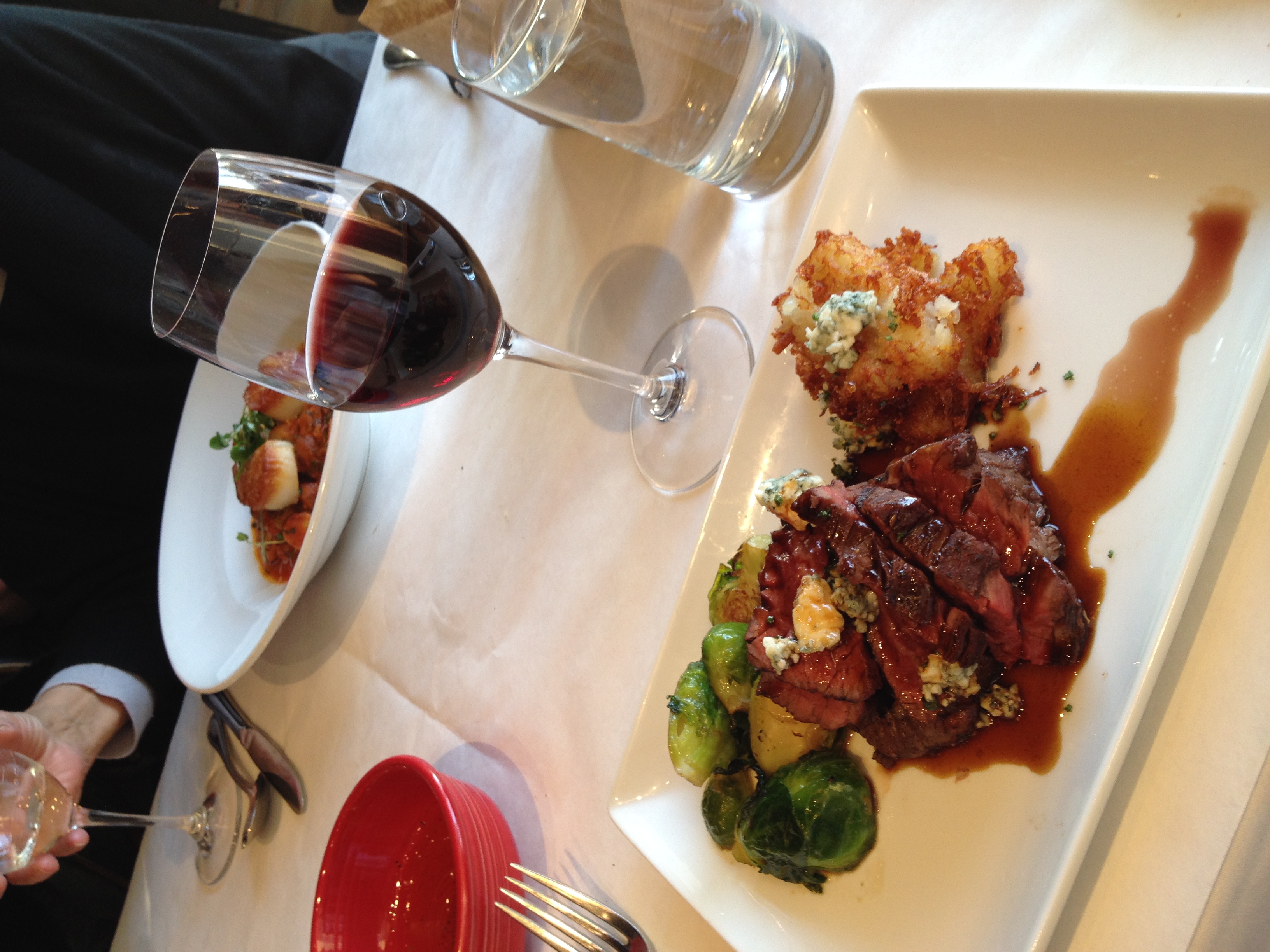 Overall, we like the food at Fire. It is a pricey restaurant, but the entrees are good as well as the cocktails and wine list. If you are looking for avant garde fare, this is not your place. Also, the dinners can sometimes feel a bit stuffy, but I blame that on the clientele, not the restaurant itself (too many blue blazers and khakis). The indoor space is roomy, and the outdoor patio space is really nice during the spring, summer, and fall days. I am sure we’ll find ourselves there again enjoying a great entrée soon. 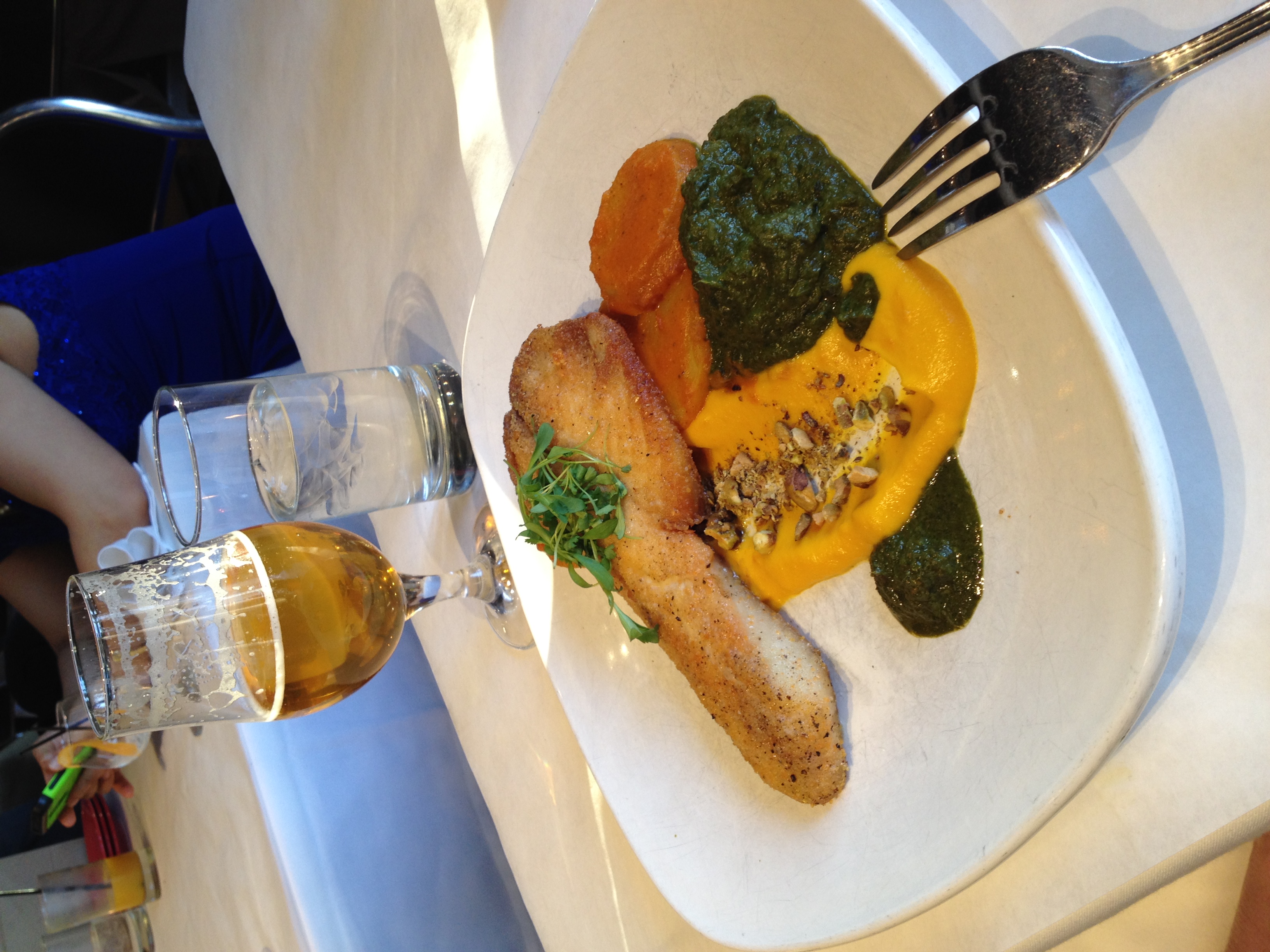 Figure 3. Steve’s sunfish. Is it me, or is this portion looking a little phallic?