Good food prepared relatively quickly for pick-up is hard to find.  Face it:  most prepared or quick food is junk, and we’re better off cooking something at home.  But, that requires time.  And planning.  We never have enough of the former, and the latter just makes me tired thinking about it.  So, while recent surveys have suggested that the decades-long decline in at-home cooking may be reversing, many of us are still very interested in knowing a place to swing by to pick up lunch or dinner for those days when we just can’t be bothered. 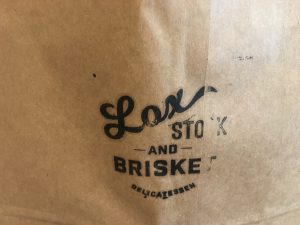 Figure 1.  Lox, Stock, and Brisket offers all the brisket you can eat in University Heights and surrounding areas (2018).

As you might guess from the play on  words, this University Heights establishment is sort of a Jewish deli offering, among other things, beef brisket.  Lots of beef brisket.

I have to admit that I don’t know much about what makes an establishment a deli or a Jewish one at that.  It turns out that our modern-day associations between specific foods, say, corned beef (not my favorite) and Jewish delis go way back.   In contrast, American Jewish delis in of themselves were established and began to flourish in the 19th and early 20th centuries with the immigration of Germans and, later, Jewish populations from Europe.  As testament to this history, the word deli is short for delicatessen, a word whose family tree includes délicatesse from the French to refer to charcuterie and delikatessens from the Germans who adopted it from the French.  The latter group immigrated to the United States in the 1840s, and they brought this word with them along with the expectation that there will be meat.

Fast forward to present day, and yes, there is meat.  Meat piled between two pieces of bread and served with a pickle.  Additions include coleslaw, potato chips, and potato salad.  Oh, and dessert along with some adult beverages.  You know, the whole lox, stock, and brisket (Figure 2)!

But, seriously, a note about this relatively new establishment.  Steve noticed this space two years ago or so when a BBQ place named Ribsticks occupied it.  Sadly, we never stopped by to try out their fare before they closed their doors (a shame since there was some good buzz).  Lucky for us, the space with a smoker wasn’t vacant for long. 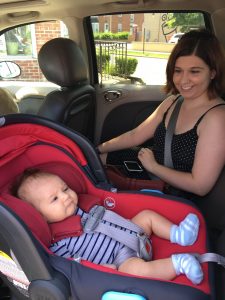 Conceived and owned by Northeast Ohio native and chef Anthony Zappola, Lox, Stock, and Brisket opened last year (April 2018) and quickly become a popular mainstay not just for us but for our fellow CWRU colleagues as well.  On any given Saturday, you might be running into Nick and Amanda with their little guy grabbing something to go (Figure 3) or Jessica, Matt, and kid in tow sitting down for a bite to eat.  As for us, we have taken our orders to go for home (Figure 4) or for a concert at Blossom.  However you choose to delight in your deli is up to you! 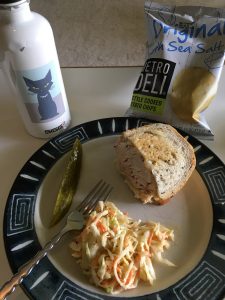