What do Texas, Tennessee, and North Carolina all have in common?  My husband or I have lived in all three states at some point in our lives.  And all are well known for their BBQ.  Seriously.  We are not kidding.  It’s a big thing in the southeast.

So it came as a great shock to me when Michael Symon and colleagues announced the opening of Mabel’s BBQ on East 4th Street.  As I have written before, Michael Symon is one of a handful of prominent/celebrity chefs in Cleveland.  His popular restaurant Lolita in Tremont recently went up in flames.  Instead of rebuilding Lolita, Symon decided to open Mabel’s BBQ on the same strip as his other popular restaurant Lola.

Mom, Steve, and I happened to be in the neighborhood one Sunday late afternoon after catching Into the Woods at Playhouse Square.  Not much is open on Sunday for dinner, but Mabel’s is.  But BBQ?  Why not, let’s give it a try!

We had no idea what to expect.  Is Cleveland BBQ dry rub pork like Rendezvous or the pulled pork of Corky’s, both from Memphis, TN?  Or is it racks of beef ribs made Texas-style?  Please don’t tell me it’s that vinegar-based BBQ like North Carolina.  No one likes that.  And of tantamount importance is the list of optional sides.  What are the sides?!?

The short answer to many of those questions is no with a side of wha? 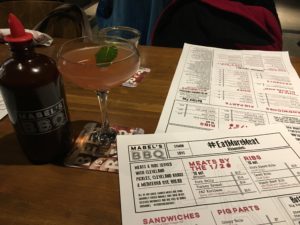 Figure1 . Mabel’s BBQ serves up the classy, hand-crafted cocktails of the day.

Don’t get me wrong, there’s much to enjoy at Mabel’s.  Sure, to be expected is the craft cocktail option executed with ease (Figure 1).  The list of starters is admittedly small and consists mostly of pig parts, probably a nod to the pigs’ ears so popular at Lolita.  On this occasion, we ordered the cracklin’ expecting it to mimic the chicharrónes Mom remembers from Mexico.  Mabel’s cracklin’ is crisp and airy and comes with a mouth puckering side of vinegar, salt, and some kind of chip dip I used to see at Super Bowl parties paired with Ruffles potato chips (Figure 2).  In comparison to this Northeast Ohio version, Mexican chicharrónes are crisp and crunchy from the fried pork fat.  And, the Mexican version comes with chili powder and lime. 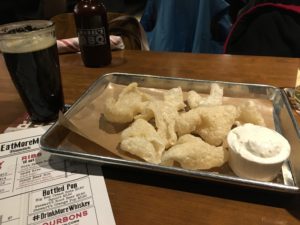 Figure 2. Mabel’s cracklin’, the (literally) white counterpart to the chicharrón.

The main event of Mabel’s, of course, is the BBQ.  Mom and I ordered the pork belly and the brisket, and Steve went all in and ordered the This is Cleveland.  And now for the sides.  A brief scan of the list revealed a mix of the familiar and the unusual.  Where’s my scoop of mac & cheese?  The creamy coleslaw taunting a bout of food poisoning?  The blunted corn on the cob?  The green beans no vegetarian could eat?  The cornbread.  Good god, where is the cornbread?

Mabel’s had none of that.  We ended up ordering the J.W. potatoes, the smoked beets (Steve was responsible for this side), and the hot greens. 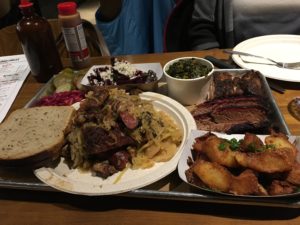 Figure 3. Mabel’s BBQ, represented by pork belly, brisket, and This is Cleveland.

Immediately upon ordering, the food came out on a big platter (Figure 3).  The platter was visually pleasing, and we were eager to dig in.   The server showed us the bottle of Mabel’s BBQ sauce and advised we try it.  Oh, great, surely this is the North Carolina vinegar stuff.  But, nope, I was wrong.  Instead of vinegar, it’s mustard.  I had the wrong Carolina.

All in all, Mabel’s was pleasant enough, and I would not complain if we were to return.  But, if you are really jonesing for authentic BBQ, this is not the place.  As Will Bush and I recently mused, don’t trust you’ll get real BBQ unless you see a smoker out front working hard.