When we think of Little Italy, we think of pasta and cannoli.  Maybe some pizza.  All washed down with some chianti or the like.  But, gastropub?  Surely you must be mistaken.

Well, apparently not.  And, don’t call me Shirley!

The Tavern of Little Italy (TOLI), opened in early 2016 and located in, well, Little Italy, bills itself as a sort of fish-out-of water gastropub in the middle of marinara territory.  We are somewhat familiar with gastropubs from our travels.  Think warm British beer and dark, slightly damp pubs serving surprisingly good food accompanying said warm beer.  With that image in mind, we set out to try the new-at-the-time TOLI. 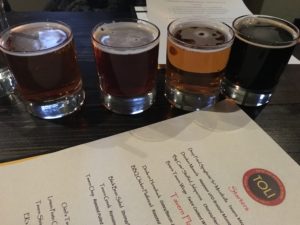 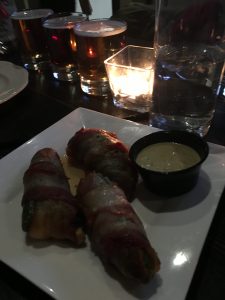 Figure 2. A starter wrapped in its comfort bacon blanket.

TOLI didn’t exactly match our previous experience with gastropubs.  TOLI, in fact, feels like a familiar American restaurant/bar combination.  We tried TOLI soon after they opened, and we were seated in the back of what I would consider the bar, but at tables much like a restaurant.  There is additional dining upstairs, but we have not yet eaten up there.  The main curiosity for us was the beer list.  I ordered a sampler to get the lay of the land (Figure 1).  Actually, I ordered the sampler so I could tell my sister I tried the Sweet Baby Jesus Porter.  The beer selection overall is not bad, but it’s not as avant garde as you would expect from a gastropub.

The food, too, doesn’t seem to fit the description of what I think of in a good gastropub.  The appetizers were OK, but that’s expected since it was wrapped in bacon (Figure 2).  The entrees are what you might expect in a regular American bar (such as the Tavern burger; Figure 3).  At the time we dined, they were offering a healthy bean salad, which Steve ordered and found to be, well, pretty much just beans (Figure 4). 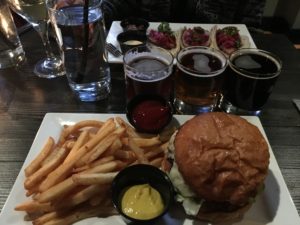 Figure 3. An American staple: the tavern burger and fries. 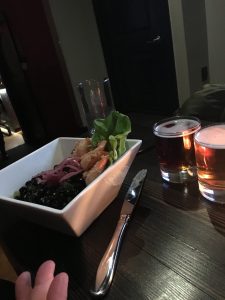 My second experience with TOLI was an EPBI happy hour (Figure 5).  Dr. Farren Briggs, the departmental cruise director equivalent, scoped out TOLI as a possible alternative to our usual haunts.  On this go, we found that the bar was serviceable but the cocktail selection was slim and unremarkable.  The Sweet Baby Jesus failed to convert.

Would I ever turn down a chance to meet friends and colleagues if invited to TOLI?  No.  It could be much worse…oh so much worse. 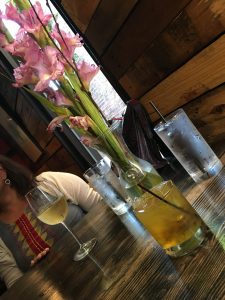 Figure 5. EPBI’s one and only happy hour so far at TOLI.