Running has been around since, well, that time when any living thing evolved limbs.  Upright or not, you could go far on a pair, three, or four of some limbs.  In sports, the first recorded Olympics featured a sprint and later the famous marathon.  Cue inspirational music.

Surprisingly (to me, at least), Cleveland has a history of famous runners.  Well, at least one famous runner:  James Cleveland Owens (aka Jesse Owens).  Born in Alabama, Jesse and his family moved to Cleveland when he was nine years old.  It’s as if his middle name foreshadowed it.  As a son of a sharecropper and a grandson of a slave, what was not foreshadowed was Jesse’s future success on the Olympic stage.

If you are not familiar with the story, Jesse Owens won four gold medals (100m, 200m, 4×100 relay, and long jump) at the 1936 Olympic games hosted by Berlin, Germany.  At the time, this was the most gold medals won by a track and field athlete in one Olympic game.  This alone was remarkable.  That it was done by an African American in the home stadium of Nazi Germany with their leader in attendance was beyond extraordinary.

For most, the feel good story ends here, and many assume Jesse lived happily ever after basking in his Olympic fame.  Unfortunately for Jesse and his family, the year was still 1936 when little opportunity existed for African Americans with or without gold medals.  He wasn’t even acknowledged by the US president at the time.  Sigh.  Heavy sigh.

Today, Cleveland and other locations that claim Jesse Owens as their own have set aside landmarks and other commemorations that posthumously honor him and his achievements.  In Cleveland, I pass by the Jesse C. Owens United States Post Office branch all the time on my way to the airport.  Cleveland also has a statue of Jesse Owens installed at the Fort Washington Park in downtown Cleveland.  But, other than that, there’s not much left of Jesse in Cleveland.  The Jesse Owens Academy, a beautiful 1914 brick building at the corner of MLK and Larchmere, was torn down recently to make way for a new school.  And, the home of Jesse Owens and his family at 2178 East 100th Street is dangerously close to the ever expanding Cleveland Clinic. 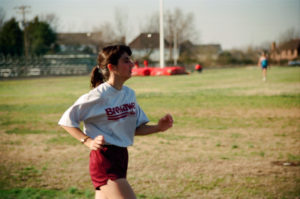 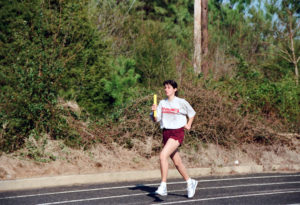 Figure 2. A relay, the one and only thing Jesse Owens and I have in common.  Actually, I now live in Cleveland, so we technically have two things in common (CHS 1988).

Whether or not the Owens home achieves Cleveland landmark status, there is always the running.  Or, so they tell me.  They being my husband Steve and his co-conspirators Will Bush and wife Candice Hurst. 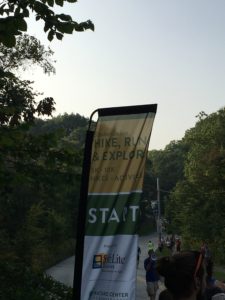 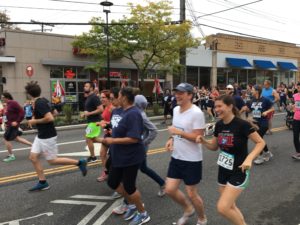 Figure 4. Will and Candice are all smiles at the Cleveland Heights Happy 5K (October 2017).

But if you, like they, want to run, know that Cleveland has more than a fair share of opportunity to do so.  Year round — yes, year round — there are 5Ks, 10ks, and half marathons galore.  And, in May and in constant conflict with CWRU commencement is the annual Cleveland Marathon.

The Cleveland Marathon, which boasts itself as one of the flattest courses in the country, is a road race as is the Shaker Lakes 5K (Figure 3) and the Cleveland Heights Happy 5K and 10K (Figure 4).  Apart from these road races are the numerous Cleveland races spread across the various Metroparks and other beautiful green spaces.

For those of you non-Clevelanders or recent-Clevelanders, the weather may be a bit of concern.  Yes, it does snow and it’s a tad chilly in the winter, but that doesn’t seem to deter anyone.  Case in point:  the Western Reserve Dirty Love 10K in the middle of February.  This 10K was a trail run through North Chargin Reservation in the Cleveland Metroparks (Figure 5).  I witnessed hundreds of runners, including my husband, happily crunching through the snow as they disappeared amongst the leafless trees that dotted the winter landscape (Figure 6 and 7). 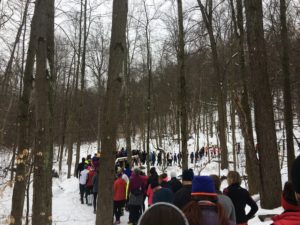 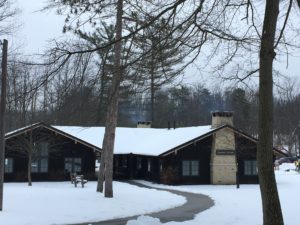 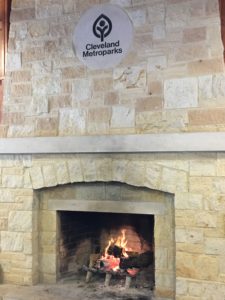 Will and Candice are no winter slouches either.  They along with Steve ran the 2018 Tow Path half marathon along the Ohio and Erie Canal Reservation.  The Tow Path series is a trilogy of races that take place in the spring, summer, and culminating in the fall with the full marathon.  Technically, the half marathon they completed was in the spring.  You know, April.  When it snowed (Figure 8-11). 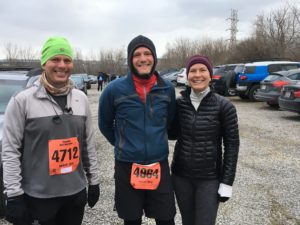 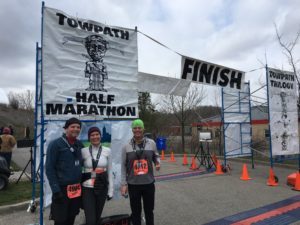 Figure 9. I managed to leave my warm spot to see them finish the Tow Path half marathon (April 2018). 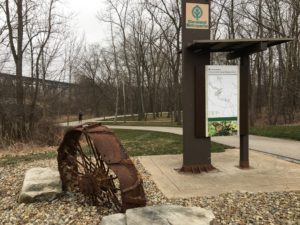 Figure 10.  This Ohio and Erie Canal Reservation looks interesting.  I’ll be sure to come back when the real spring shows up (April 2018). 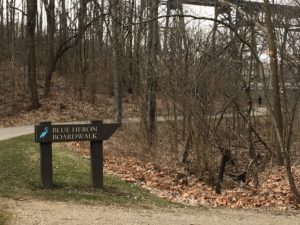 If you have made it this far and I have somehow inspired you to run, I suggest you lace them up and join a group.  Which one, I don’t know ’cause I don’t run and I am sticking to it.