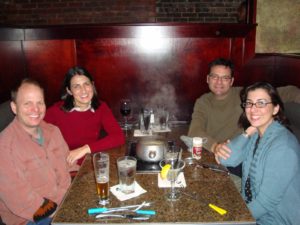 It’s no secret that we like us some sushi.  I have already extolled the virtues of CLE-style sushi at Pacific Rim East and SASA.  For those special nights, we go to Ginko in Tremont.  And save for the random sushi on some menus and the various noodle and rice places (like the English/Japanese combo that is the Flying Cranes), that was it for Japanese cuisine.  That was it, that is, until now.

New on the block in Tremont is Ushabu, serving regional Japanese cuisine and shabu-shabu.  What is shabu-shabu, you might ask?  If you didn’t ask, I sure did!

Shabu-shabu refers to the swishing sound of meat and other things you might swish in a Japanese hot pot known as nabemono.  Sort of a Japanese fondue experience (Figure 1).

Still can’t picture it?  Basically, you sit at a table or the bar outfitted with a hot plate designed to hold a clay pot of broth (Figure 2).  You are surrounded by many utensils that come with instructions from the servers (Figure 3).  You choose a broth and the meat or seafood, and they give you a bunch of veggies and other stuff (tofu, noodles, a random egg) (Figures 2-5). 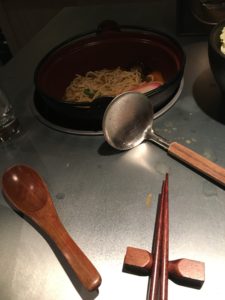 You throw the veggies in the broth first since they take longer to cook than the seafood or the thinly sliced meat.  When you are ready, you take your chosen protein, hold it between your chopsticks, and swish it in the broth to quickly cook it.  In doing so, you make a “swish-swish” sound; hence, “shabu-shabu.”

A quick note about the meat.  This is not your ordinary meat.  Noooo, it’s wagu (Figure 5), the high-quality and uber-marbled beef perfect for swishing in hot broth. If you want to be fancy, you can also order the spendy yet oh-so-buttery A5 version from Japan. Totally. Worth. It. 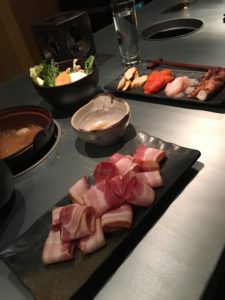 While you wait for your broth to warm up in the clay pot, you might be interested in some apps (Figure 6) and sake.  The menus seems to change often, but at least for the two times we have tried this restaurant, they did have some kind of sushi or sashimi available. 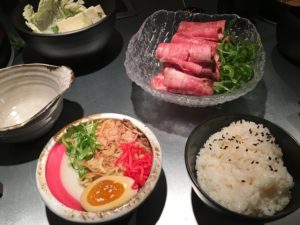 Figure 5. Wagu ready to mix and mingle with the veggies and rice at Ushabu (2018).

As for the sake (Figure 7), I am by far no expert, so I always ask the server for suggestions.  The sake list is somewhat extensive, and the labeling, while in English, is foreign to me.

The servers are well versed in sake and step you through the different labels and quality.  They even point out which sake is brewed by women (apparently not a common thing in Japan).  On our first visit, I think I asked the owner or head chef for a recommendation, and he pointed me to something he said was very popular.  I tried it and very much enjoyed it, so I ordered another one.  At that point, he mentioned that he considers it the “Budweiser” of sake.  Ouch.  I need to step up my sake game. 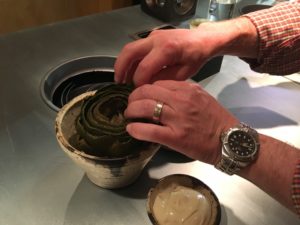 Ushabu offers both an ala carte menu and set courses, some paired with sake.  We have not yet tried these courses (currently offered as 7 and 13 courses) as these require advanced reservations and a completely empty stomach.  We did try, however, a dessert on our last visit (Figure 8), which often comes with the courses.  I gotta say I am not a big fan of the dessert.  No matter–you can’t swish it in the broth anyway. 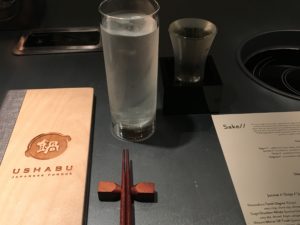 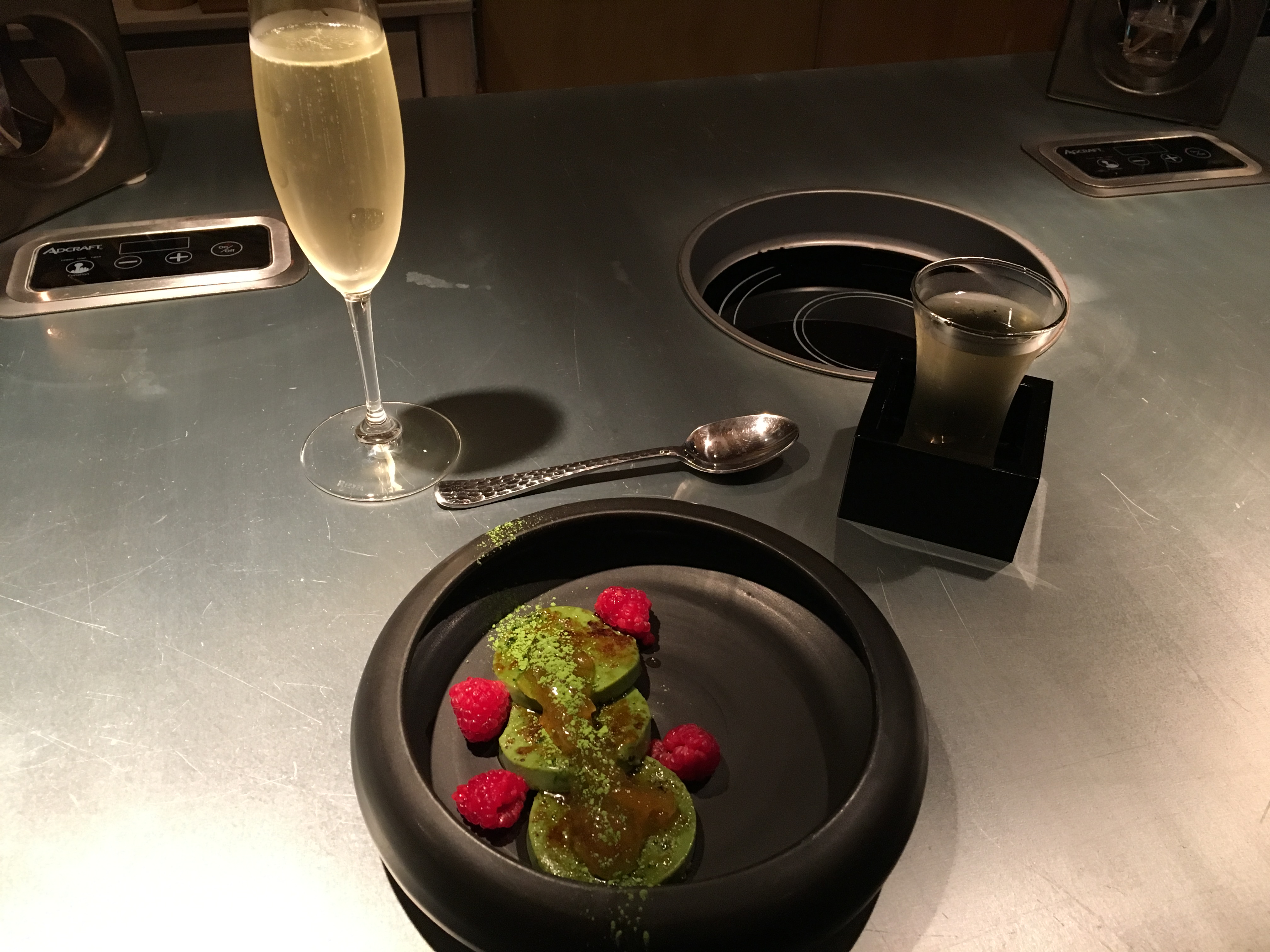 Figure 8. Dessert at Ushabu (2018). Honestly, I have forgotten what this green thing was.