Snow is on the ground now, and we are nearing the winter solstice.  Days like these make any Clevelander long for the days of sunshine.

I think the last official day of fun in the sun this year was October 22nd.  That day hit a high of 79 degrees Fahrenheit, well above the historical average of 60 degrees.  The summer of 2017, in fact, was 1.9 degrees warmer than 30-year historical averages, and September saw at least five days in a row of 90 degree heat.  Ah, climate change. 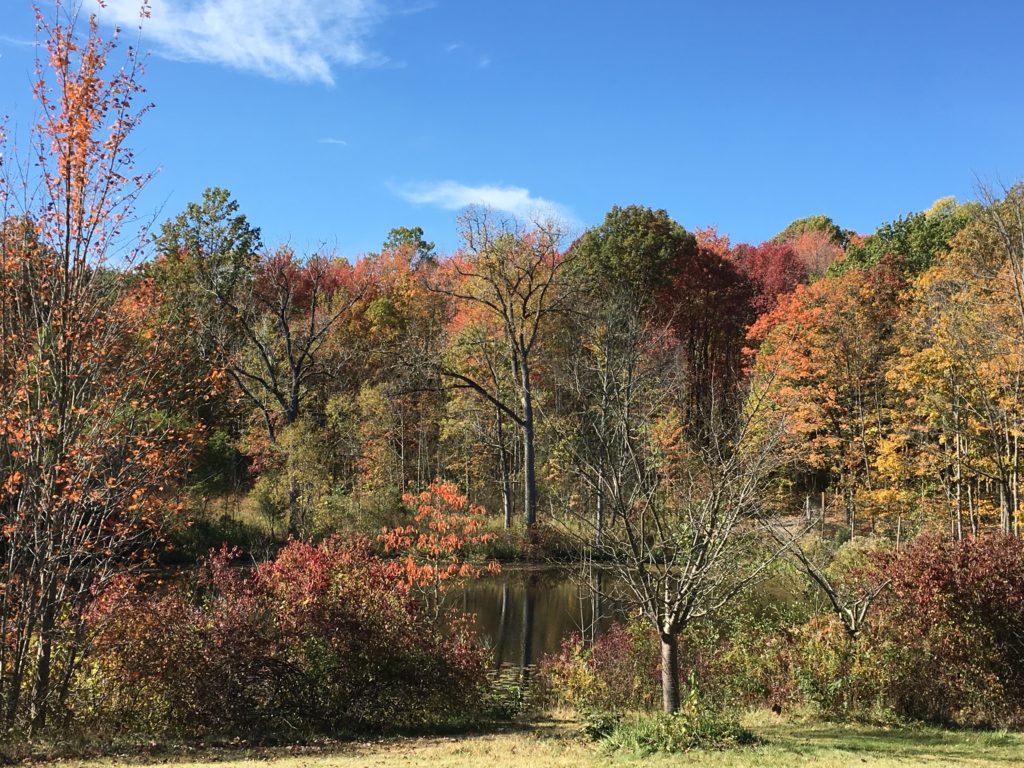 Figure 1. A beautiful and warm October day at the Holden Arboretum (2017).

We, along with seemingly all of Cleveland, decided to revel in the last day of sun and warmth by visiting the Holden Arboretum.  I have already posted about the Arboretum and its fun emergent tower and canopy walk.  On this visit, we skipped the long lines for the former and ran across the latter before it too was inundated with visitors.  The arboretum was particularly beautiful that day with colorful autumn leaves shimmering in the sun (Figure 1).

After an afternoon of fun in the sun, Steve and I set out to find a lunch spot near the arboretum.  Sundays can be difficult as many area restaurants are closed both Sundays and Mondays.  But, we were in luck:  BRIM Kitchen + Brewery was open and ready for business!

BRIM, located in Willoughby, OH, describes itself as a sustainable clean eating establishment with real food and drink.  We were immediately intrigued as the only other Willoughby establishment we have tried had decent brews (Figure 2) but pretty much only fried foods. 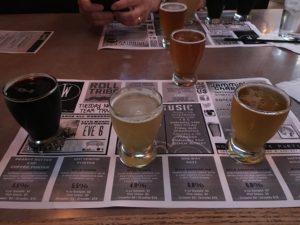 Figure 3. Truffle fries at BRIM. Sure, the potatoes are fried, but the truffle oil makes them real! (2017) 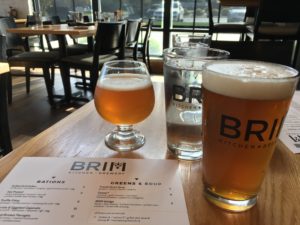 BRIM did not disappoint in the food department!  We started with truffle fries (Figure 3) while we waited for our main dishes and tried the beers.  We very much like hoppy beers, so a slight quibble is the lack of IPA variety on the brew list.  But, what they have is fine, so we can’t complain (Figure 4).  My main dish was braised ribs and gnocchi.  Mmmmm (Figure 5).  Steve ordered the Polish Boy special (Figure 6).  Hmm…. 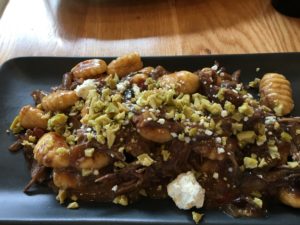 A note about the Polish Boy:  this is apparently a Cleveland thing.  Never heard of it?  Neither had we.  The Polish Boy is basically a sausage sandwich with french fries (in the sandwich, mind you), hot sauce, and coleslaw (again, all in the sandwich, not on the side like a civilized person).  Steve got wind of this sandwich oddity as soon as we moved here and sought its existence at the local favorite Hot Sauce Williams.  He found it there, but was not impressed.  Since then, he’s been diligently trying other versions before passing judgement.   The search continues.

Polish Boy aside, we thoroughly enjoyed BRIM and hope to be back soon the next time we’re in town. 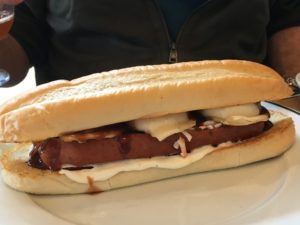