Who let the dogs out?  I honestly don’t know, but I am glad to see that they are now on Lee Road.

Boss Dog Brewing Company finally opened at the end of October after an extensive renovation of an old restaurant space on Lee Road.  The space was formerly occupied by the Lemon Grass Thai restaurant that closed soon after we moved here.  For more than a year, we have been wondering what was going into the space.  When we saw the big shiny vats peeking out through the covered windows, we knew what was coming:  a new neighborhood microbrewery!

As I have written before, Cleveland is stupid with microbreweries.  We’ve been to Market Garden, Great Lakes, BottleHouse Brewery, and Fat Heads, to name a few.  Cleveland breweries seem to be popping up right and left, and the state of Ohio now has ~250 of them.  So, why are we excited about this microbrewery?  Because it’s in our neighborhood and has a full service restaurant!  Woof! 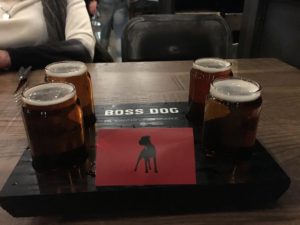 Soon after Boss Dog opened, Mom, Steve, and I, along with seemingly all of Cleveland Heights, headed to the new spot for some brew and grub.  We entered the packed but spacious building and waited in the corner for our table with a starter beer.  Steve and I both had the IPA and we were pleasantly surprised by the quality.  When our table finally opened, I put in an order for my usual, the sampler (Figure 1).  Yep, I still like the IPA the best, but the others were also pretty good. 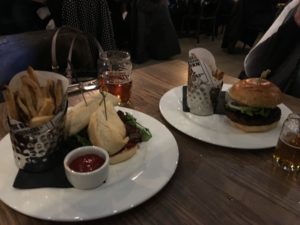 For food, Mom was able to find a lactose-free burger and Steve tried the short rib torta (Figure 2).  I was tempted by the pierogi, which in the end were tasty but not exactly plentiful (Figure 3).  To be fair, the server did warn me, but I stubbornly ordered them anyway.  To hedge our bets, we also ordered the Brussels sprouts for the table.  Sadly for us the Brussels sprouts were under-cooked, dampening an otherwise fine outing at the newest spot in the ‘hood. 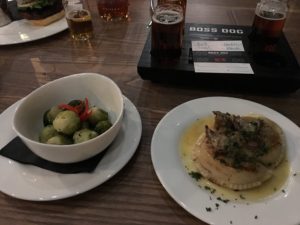 Figure 3. These Brussels sprouts were barking up the under-cooked tree.

We are hopeful that the kitchen is working out their kinks and will soon serve up some consistent fare.   We will certainly go back, and we predict this place will be heavy in our rotation.  It’s a dog eat dog world out there, and we’re glad there’s some good neighborhood beer to go with that.