Sure, I was a few states and a boogie woogie off, but close enough, right?  Well, having been to both now, no, not really.  The Chattanooga Choo Choo is now a stationary hotel.  The Cuyahoga Valley Scenic Railroad is an actual working train.  With wine! 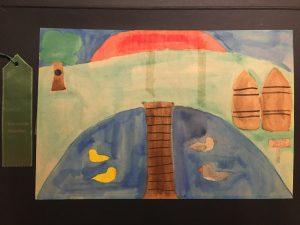 As I have written before, the Cuyahoga Valley Scenic Railroad offers Bike Aboard! through the Cuyahoga Valley National Park.  For those of us looking for a more leisurely ride, the Railroad also offers various seasonal themed rides.  These include basic park excursions, Day Out with Thomas the Tank, Polar Express, murder mysteries, family outings, beer tastings, and WINE!

Yes, I like wine, and you can imagine I lost my mind when I saw the Canvas and Wine on the Rails event.  Can I paint?  Not really (Figure 1).  But I know I can drink wine! 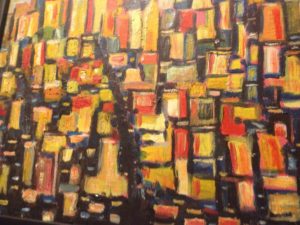 It just so happened that my uncle Luis from Mexico City was visiting us in Cleveland for the first time, and he has a knack for painting (Figure 2).  Excellent.

Mexico City:  a quick aside.  I am guessing that the five or so followers of this blog have never been to the Distrito Federal, the big DF, let alone have thought about visiting it.  Sure, Mexico is known to most Americans as cruise ship destinations (Puerto Vallarta, the Love Boat’s final port of call), spring break destinations (Cancun), and higher-end beach vacations (Cabo San Lucas).  It’s also known for the most interesting man in the world and Cinco de Mayo (NOT Mexico’s independence day and not really a hugely celebrated holiday there).  But, Mexico has oh so much more to offer.

I love Mexico City (Figure 3).  It is steeped in pre-Columbian history yet hustles and bustles like New York City complete with its own Central Park known as Chapultepec Park (Figure 4).  The city itself is humongous, with a city-proper population of over 8.84 million people. 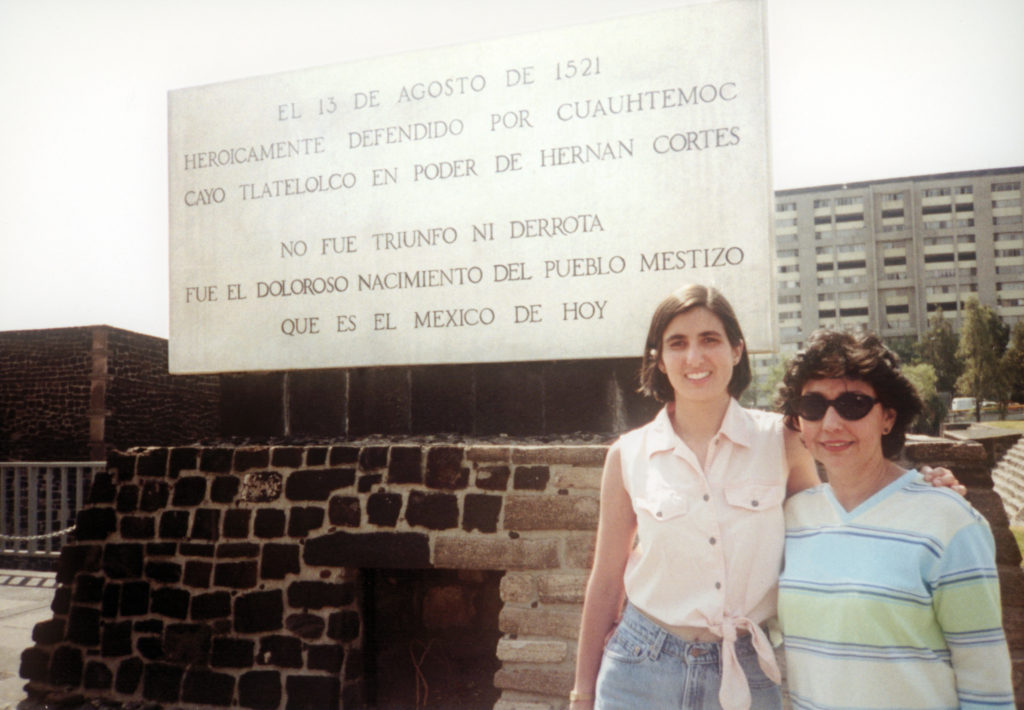 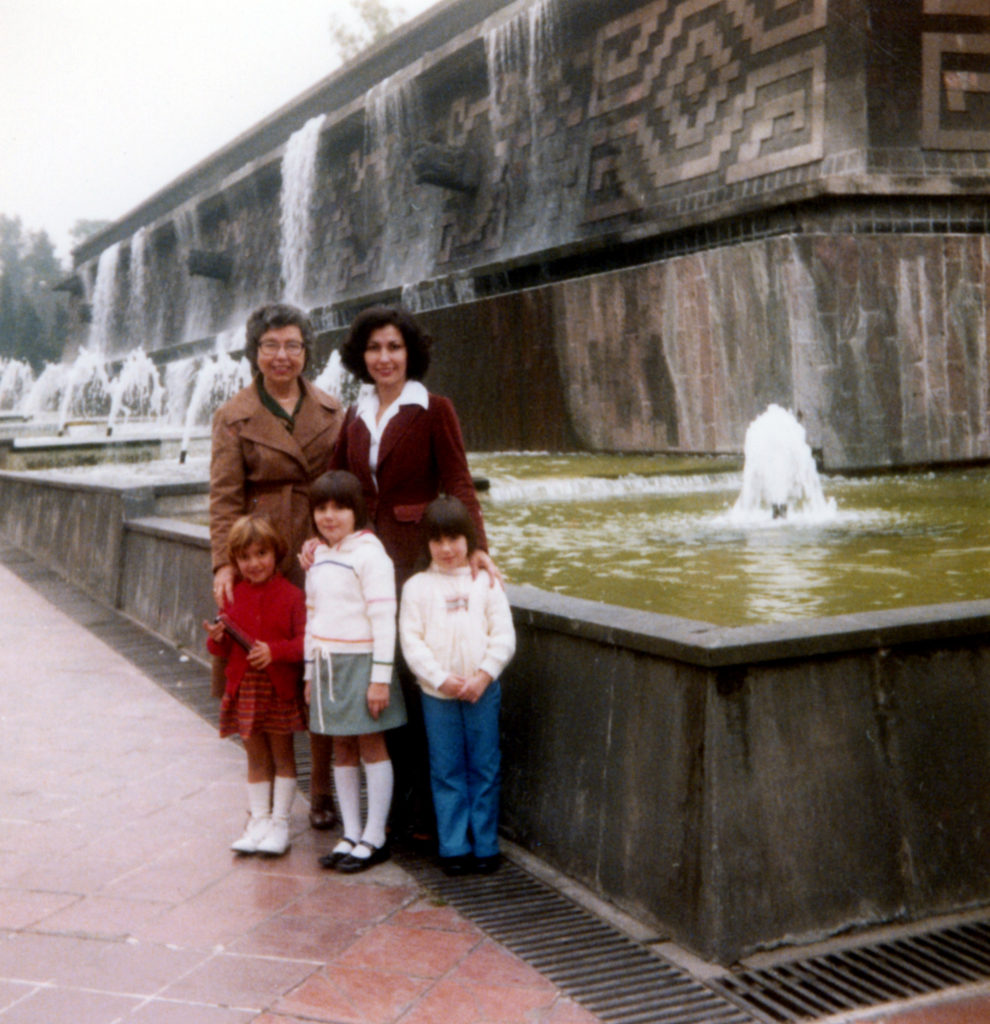 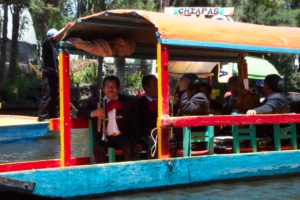 Figure 5. Mariachis in a chalupa floating around and looking for their next gig at Xochimilco (2003). 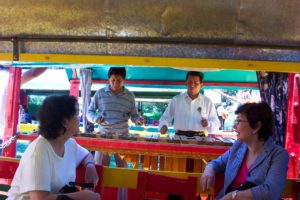 Figure 6. Aunt Silvia and Mom opted for marimbas instead of mariachis in Xochimilco (2003). 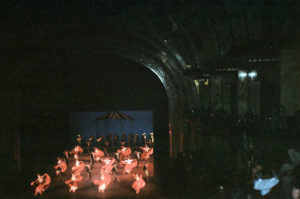 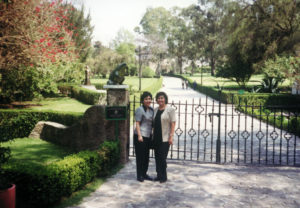 Figure 7. Mom and Aunt Silvia at Museo Dolores Olmedo.  Photos are not allowed inside, so this is all you get.  Be sure to check out the Mexican art AND the Mexican dogs known as Xoloitzcuintli (Xolo), a type of hairless dog.  I guess Dolores was like Queen Elizabeth but without the worry of shedding (Mexico City, 1999). 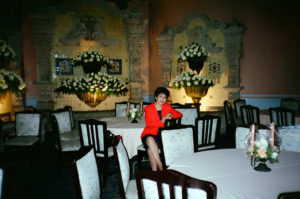 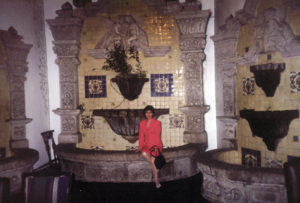 Where else can you float through a maze of chinampas serenaded by mariachis (Figures 5 and 6), visit the works of Diego Rivera and Frida Kahlo (Figures 7), take in a show at the Palacio de Bellas Artes (Figure 8), have an amazing meal or two (Figures 9 and 10 ), tour the Aztec capital’s main temple ruins of Templo Mayor and neighboring world-class anthropological museums (Figures 11-14), ? 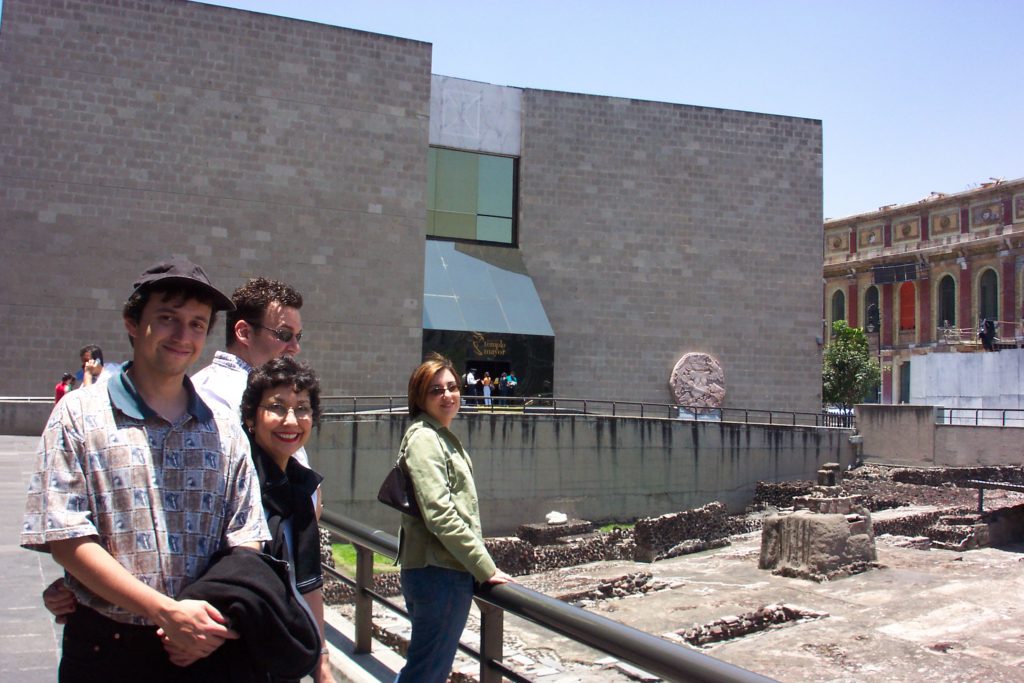 Figure 11. Family in the foreground and a replica of the Coyolxauhqui Stone in the background.  Museo de Templo Mayor (Mexico City, 2003). 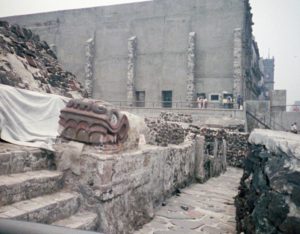 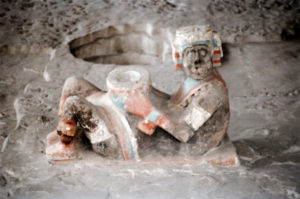 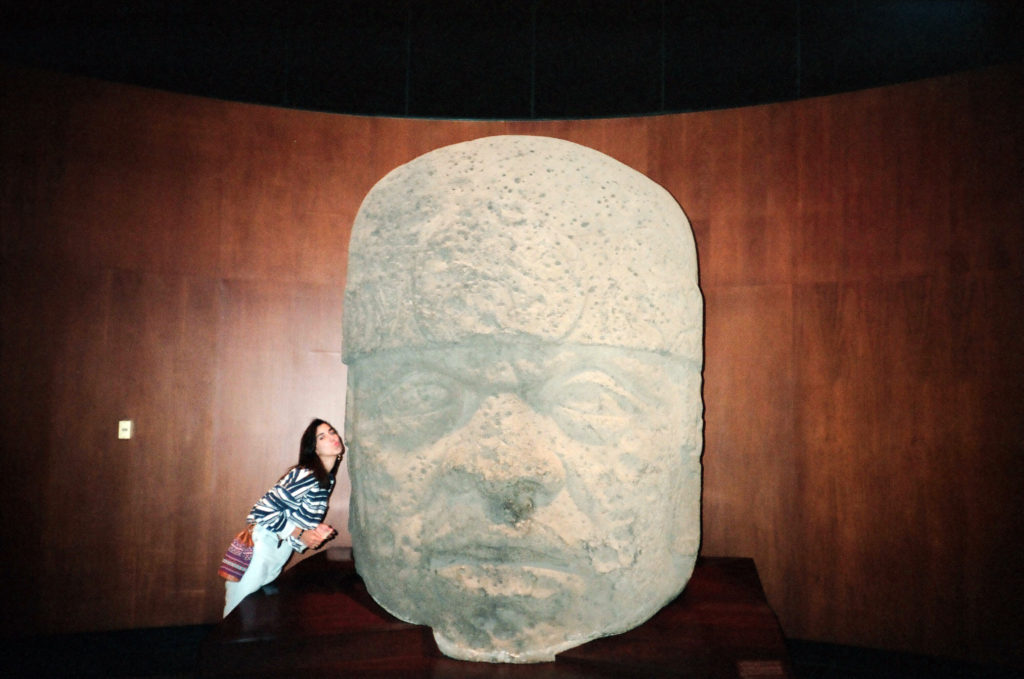 Figure 14. My sister up close and personal with the Olmec colossal head (Cabeza Colosal), National Museum of Anthropology (Mexico City, 1991).

If that wasn’t enough (and there’s so much more I didn’t mention in that one sentence), keep in mind Teotihuacan with its sun and moon pyramids is only an hour away (Figures 15 and 16). 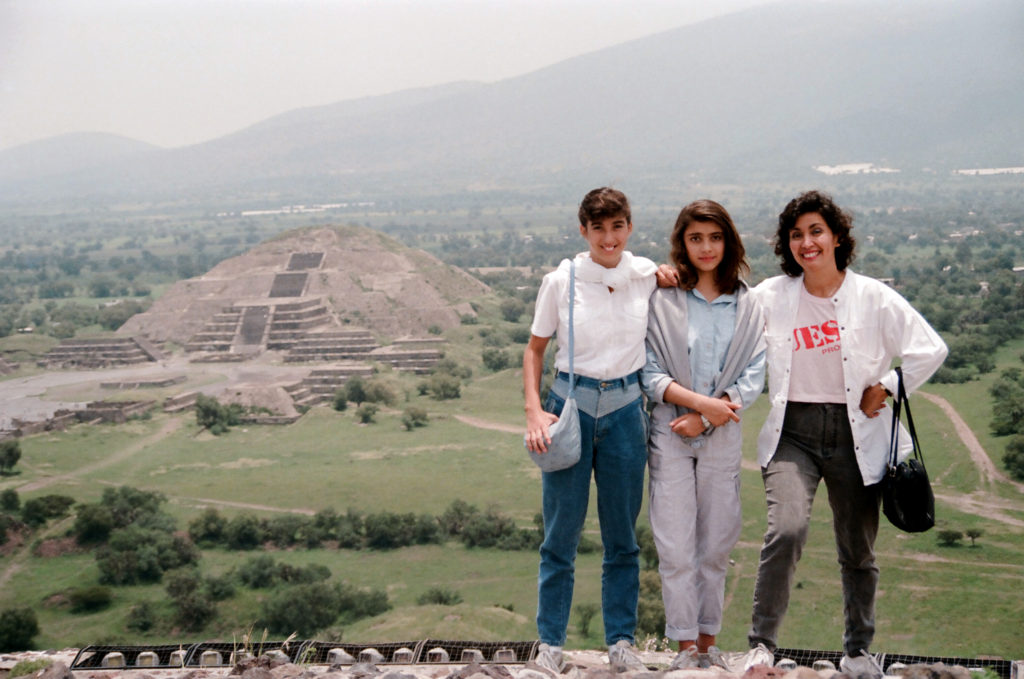 Figure 15. My sister, cousin, and aunt at the sun pyramid’s summit.  The moon pyramid is in the background.  Check out the jeans on my sister!  (Teotihuacan, 1986). 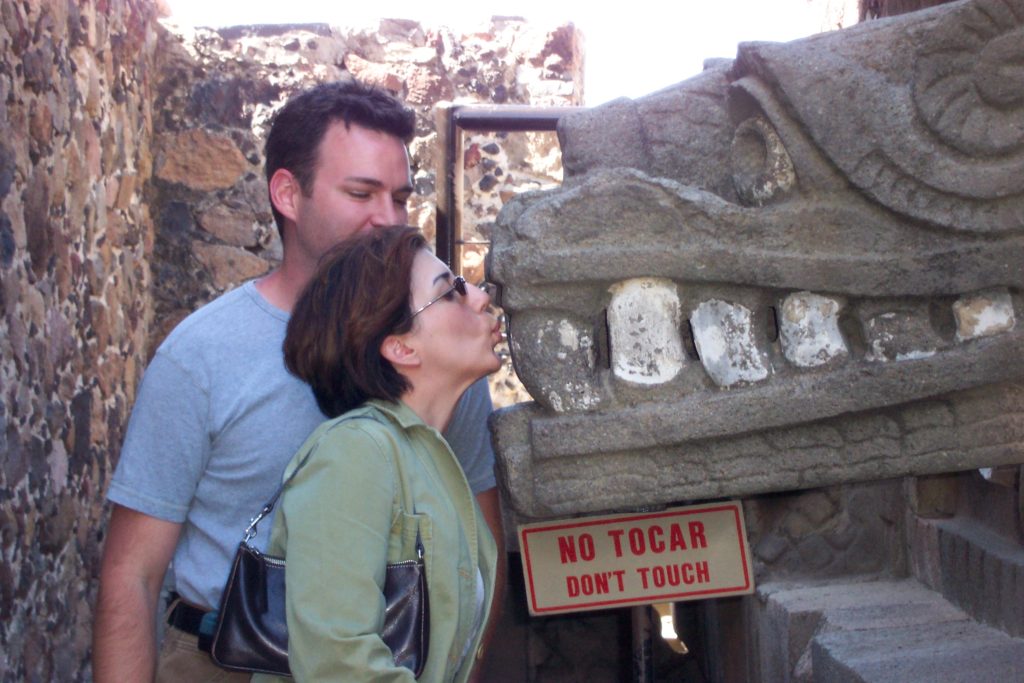 Figure 16. My sister and her husband Steve, up close and personal with Quetzacoatl in the Temple of the Feathered Serpent (Templo de la serpiente emplumada) (Teotihuacan, 2003).

Beach?  Who needs a beach? 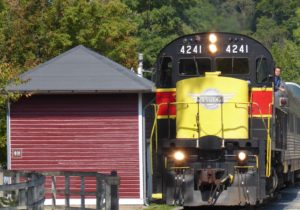 Figure 17. All aboard the Cuyahoga Valley Scenic Railroad (2017)!

My uncle visited on a beautiful weekend soon after Labor Day weekend.  Lucky for us, the train runs pretty much all year long with its special programs.  All aboard (Figure 17)! 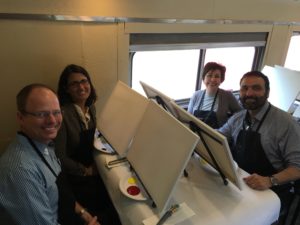 The canvas with wine event was highly organized.  Each of us had a blank canvas, squirts of paint on a paper plate, a brush, and a very useful and necessary apron (Figure 18).  The MC of the event led us through step-by-step in painting a landscape complete with trees and hot-air balloons (or birds for those of us anti-balloon).  Mom and my uncle were studious in their work (Figure 19), and Steve held his own with wine in one hand and a brush in the other (Figure 20).  As for me, well, my trees probably can’t co-exist IRL and I went a little off script and added a Star Wars X-wing based on Steve’s dare.  I was trying to keep it interesante!  The MC rolled with it as best he could. 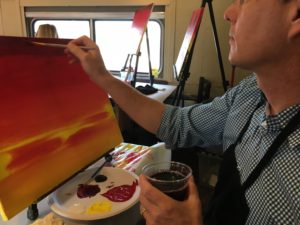 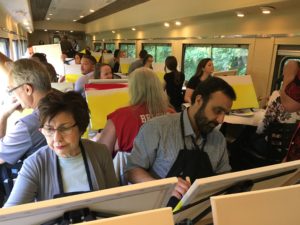 All in all, we had a good time cruising up and down the Cuyahoga Valley National Park, drinking wine, and playing with paint (Figure 21).  It comes out in the wash, right? 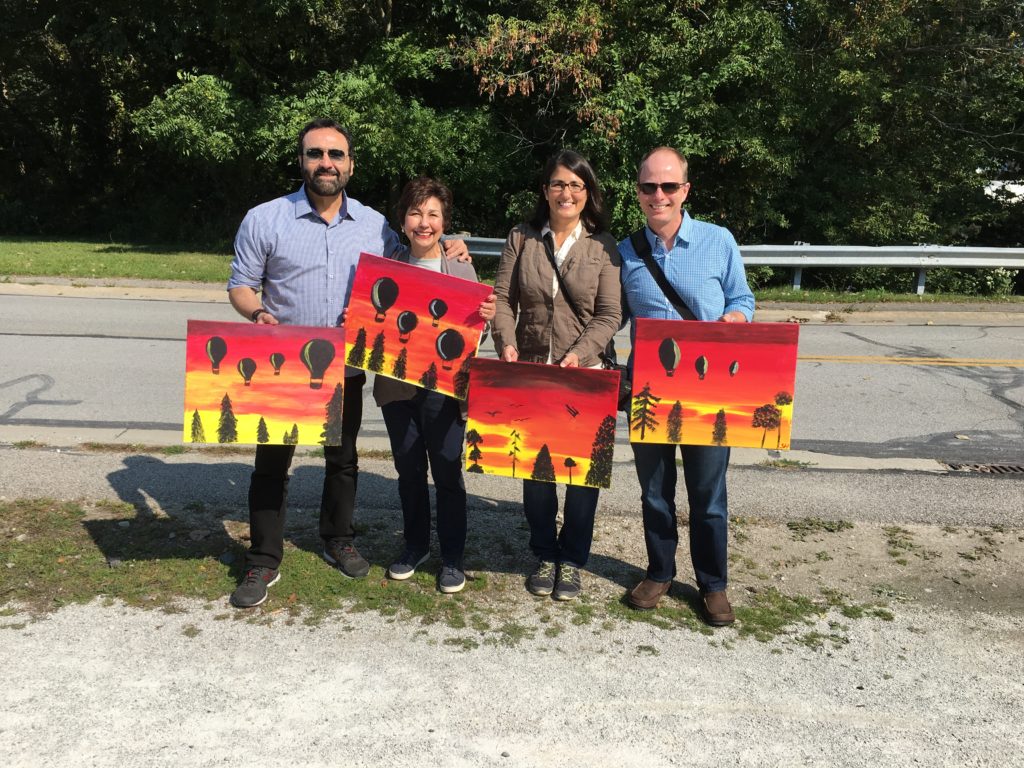