As I mentioned in previous posts, my sister recently visited us in the CLE.  What’s so special about that, you might ask.  Well, let me tell you. 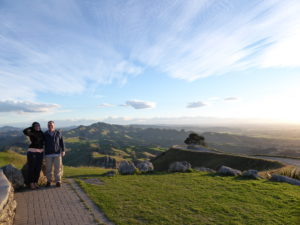 My sister and her husband live in New Zealand.  They have been there for eight years now, and I am getting the sense that they are not moving back any time soon.  If you have never been to New Zealand, put it at the top of your list, especially if you love the outdoors.  I myself do not like to live outdoors, but I certainly appreciate looking at it (Figure 1).

Beware aware that all this natural beauty and wide open spaces comes with a price:  convenience.  That is, in a country where the sheep outnumber the people (Figure 2), there is no place for pre-made or fast anything, including food.  Looking for the aisle with the pie crusts?  Look no further than your kitchen. 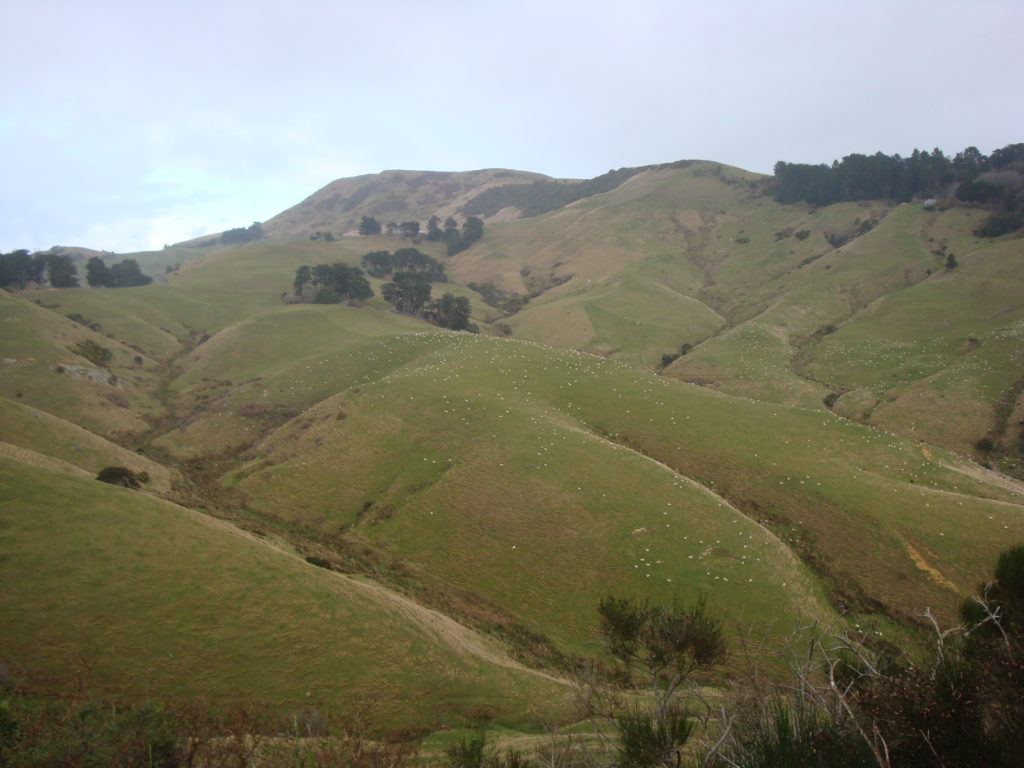 Figure 2. Those white specks on the landscape are SHEEP! (Otago Peninsula, New Zealand, 2010).

Months to years of convenience deprivation mean that any visit back to the states must include shopping at Target and eating at Taco Bell.

Before we all poo-poo this craving, let us each reflect on our own guilty pleasures.  Sure, Taco Bell is associated with questionable cultural references and is not known for its beef quality.  Still, I learned from former colleague Dr. Alyssa Hasty that Taco Bell, if you are wise in your choices, is relatively healthy.  Compared with its fast-food colleagues, Taco Bell has actually become quite healthy in recent years.  Taco Bell also now offers many vegetarian and vegan menu options, making this a choice joint from the discerning college student to the hungry political pundit.

So, Cleveland Heights does not have a Taco Bell.  We have something better in the ‘hood.

Barrio (which translates to “neighborhood”, BTW) opened its doors in the neighborhood on Fat Tuesday in 2017.  Soon after opening, lines regularly snaked down the block night after night.  Mom, along with everyone else, struggled to find parking for grocery shopping or anything non-Barrio related.  People had lost their minds.  But why?

It took me a year and a visitor from across the world to try this neighborhood hotspot.  On this cold weekday night, like most nights hot or cold, Barrio was hopping.  I met Mom, Cece, and Steve after work at the bar in Barrio, where we all patiently waited for a table.  Looking around the packed space, we all had the same thought:  this is where all the 20 somethings in Cleveland come to eat.  Youths, my sister declared.  Youths, indeed. 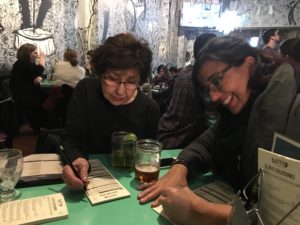 Figure 3. Mom and Cece, expertly filling out the Barrio paperwork (2018).

Undeterred, we took our table and proceeded to dine at Barrio. 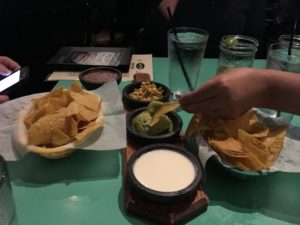 Barrio boasts to be a build-your-own-taco kind of place.  In practice, that means you as the diner must fill out some paperwork (Figure 3).  After submission of said paperwork, the custom meal arrives.  On this occasion, we started with the guacamole.  If you dare serve less-than-fresh guac, Mom will cut you.  Luckily for the kitchen, this guac trio passed muster (Figure 4).

As for the tacos, let’s just say I am relieved to see that they have the soft corn tortilla option (Figure 5). 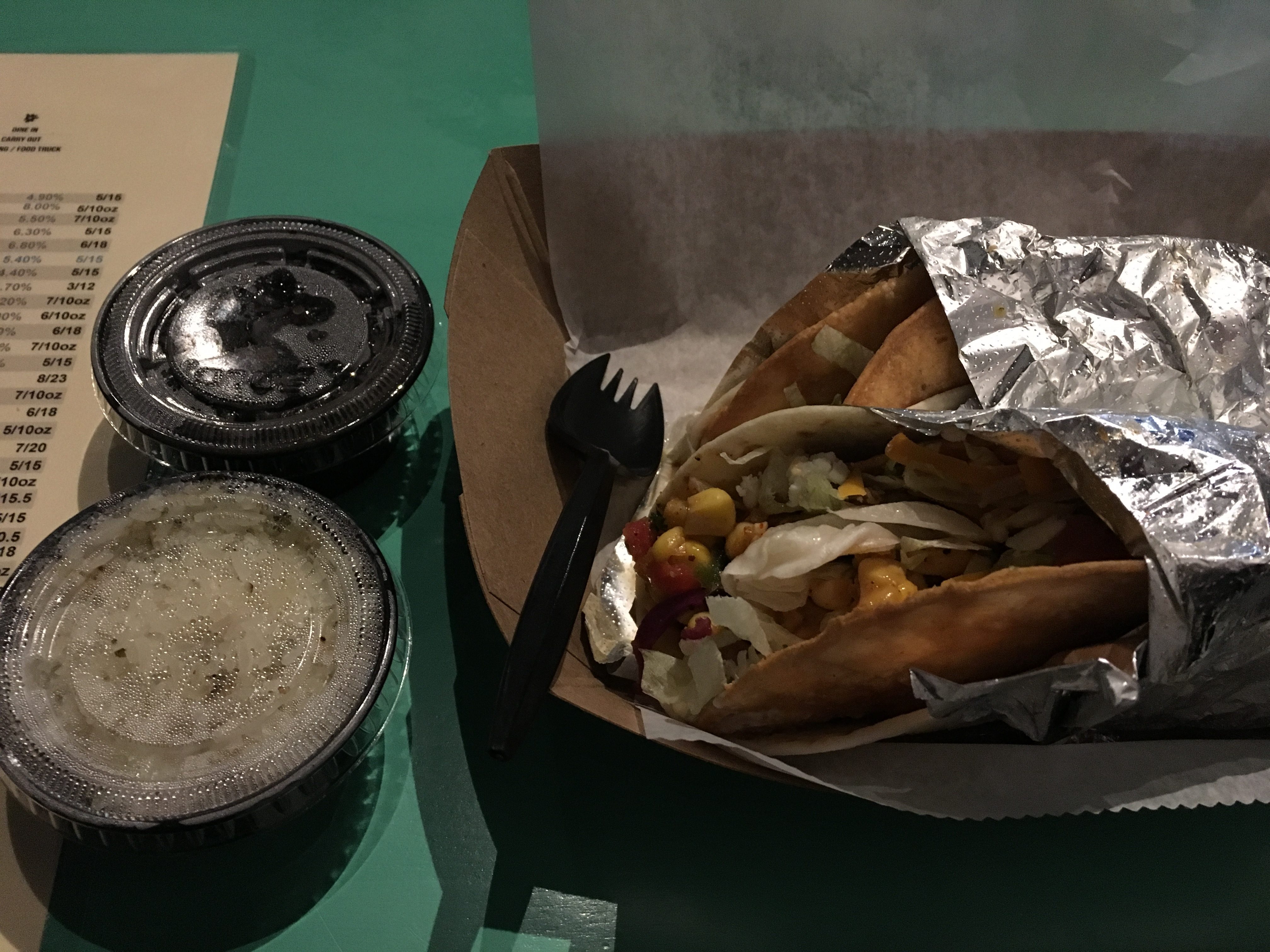 Figure 5.  My custom-built tacos at Barrio.

All in all, apart from the glaring generation gap between most of its patrons and your intrepid diners, Barrio was a pleasant experience that filled the Taco Bell void for my ex-pat sister.  We haven’t been back yet, but I am sure this will be on our list next time we have an urge to run for the border (Figure 6). 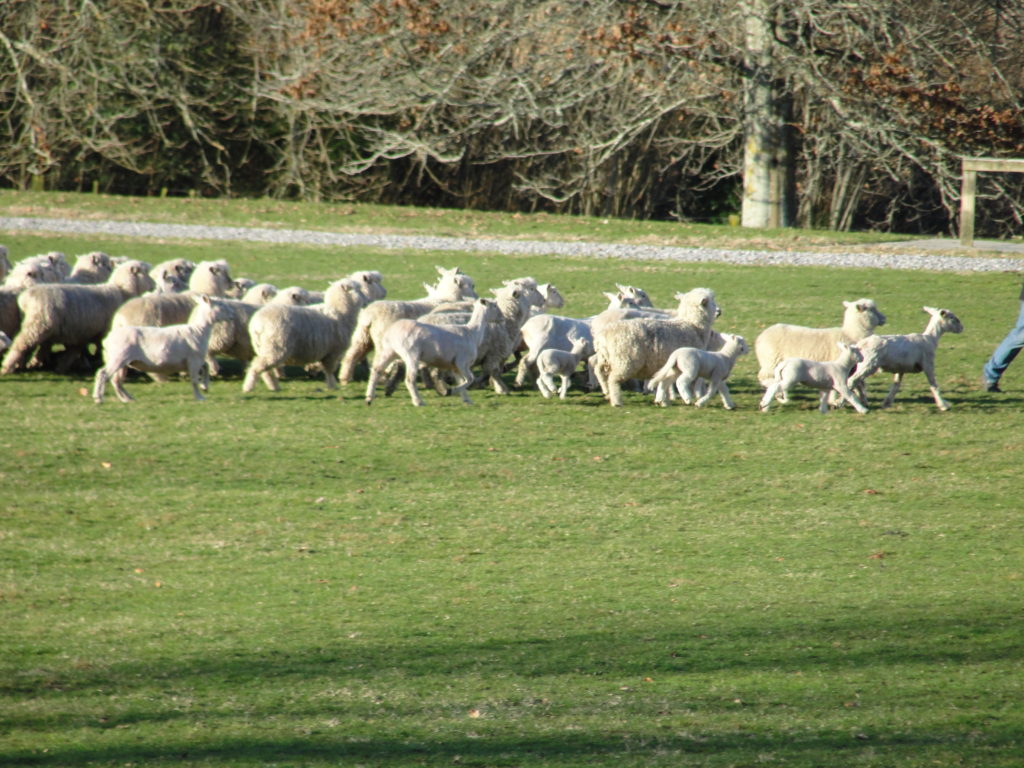