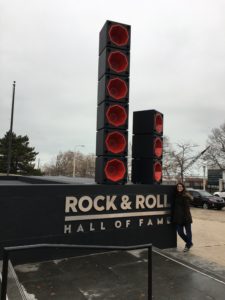 Figure 1. The Rock and Roll Hall of Fame, a must stop for first timers to Cleveland (2016).

Is company coming to town?  And you live in Cleveland?  Oh, you know where you’re going to take them: the Rock and Roll Hall of Fame (Figure 1)! 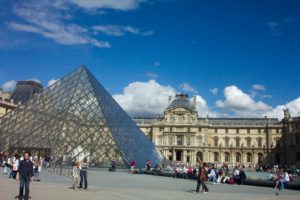 Many American cities are tied to specific or regional music so much so that they could be SAT analogies.  Memphis:Blues::Nashville:Country music.  New Orleans:Jazz::Seattle:Grunge.  Cleveland:?  To be honest, I had never associated Cleveland with rock and roll or any other kind of music.  As I mentioned in a previous post, Cleveland was known for its jazz in the early to mid-20th century.  But, rock?

Well, apparently the first rock and roll concert was here in Cleveland.  Also, it didn’t hurt that Cleveland aggressively lobbied for the museum.  From those successful efforts, the Rock and Roll Hall of Fame opened in 1995 located close to Lake Erie in a building that can only be described as the Louvre (Figure 2) for music. 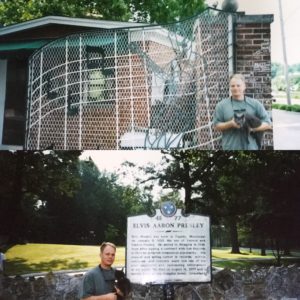 Figure 3. My husband Steve and our cat Smokey paying tribute to The King at Graceland in Memphis, TN (2002).

I like a good music mecca just like the next person.  Over the years, we’ve been to several including the mecca of them all:  Elvis Presley’s Graceland (Figures 3 and 4).  The Presley mansion is surprisingly small compared with modern-day celebrity standards, but you’ll find you can’t help fallin’ in love with the ’70s kitsch expertly preserved for generations to enjoy for years to come.  I mean, where else can you go to see a jungle-themed living room with carpet on the ceiling?  Thank you.  Thank you very much. 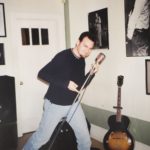 But wait!  There’s more!  We have also spent time at BB Kings on Beale Street and toured Sun Studio (Figure 5), both in Memphis, TN.  We’ve been to Seattle’s Experience Music Project (EMP; Figure 6) housed in a a building shaped like a guitar in someone’s imagination as well as the Country Music Hall of Fame (Figure 7) in Nashville, TN.  I have always regretted not stopping to visit Loretta Lynn’s Ranch when we were in the area, but at least we can say we took in a concert at Barbara Mandrel‘s former house (The Fontanel), hung out at some honky tonks on lower Broadway, and worshiped at the original and new Grand Ole Opry.  Yeah, you can tell where I have spent a lot of time in recent years. 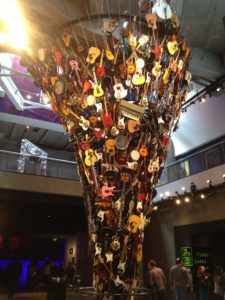 Figure 6. A bunch of guitars strung together at the Experience Music Project, Seattle WA (2013). 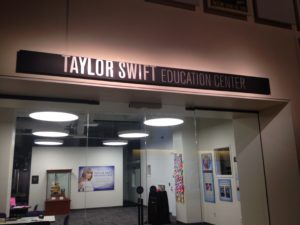 How does the Rock and Roll Hall of Fame compare with the other meccas of music?  Quite favorably, indeed.

The building is shaped like a pyramid, so most of the exhibits are on the bottom floor.  You can spend hours down there making your way through rock history.  There’s a little something for everyone from Beatles mania (Figure 8) to artists from the early ’80s (Figure 9) including, of course, the King of Pop.  Looking for more recent artists not necessarily official inductees?   Not to worry, they have that stuff on the bottom floor, too. 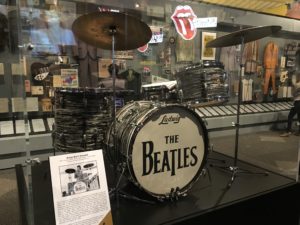 As you move up the pyramid, the exhibits are necessarily smaller and morph into listening sessions.  For me, the most enjoyable parts of the Hall are these “concerts.”  You can literally spend hours listening to partial or full concerts from the most current inductees, past inductees, or just plain interesting artists at major concerts, all in the comfort of home theater seating.  The Rock and Roll Hall of Fame inducts artists each year; consequently, the roster of concerts and artists featured will vary depending on the timing of your visit.  Good thing, because we all have visitors to entertain here in Cleveland.

Rock, may she live long and prosper. 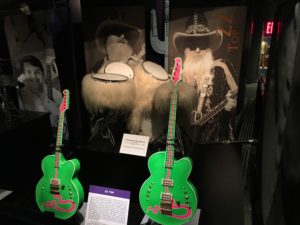