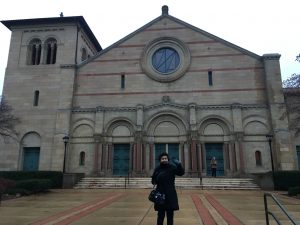 Cleveland is stupid with music.  As I have written before, Severance Hall, home of the Cleveland Orchestra, is steps away from campus.  Blossom is much more of a drive, but well worth it to hear the likes of Yo Yo Ma play all six Bach cello suites in one sitting.  And, of course, there’s the Rock and Roll Hall of Fame if you want to get your rock on.  I could go on and on…  Let’s face it:  we are down-right spoiled with world-class music.

So it almost pains me to write about yet another fabulous music experience here in the CLE.

Our latest music adventure found us driving on a cold and rainy day to Finney Memorial Chapel at Oberlin College and Conservatory (Figure 1)  Oberlin College is a smallish liberal arts college about 45 minutes from Cleveland proper located in, well, Oberlin, Ohio.  Oberlin is very well known for its music conservatory.  So much so, that I had even heard about it back in my flute days.  Since moving here, I have come to appreciate that Oberlin offers more than an education in music performance as one or so current PQHS faculty members are alumni.

What drove me to Oberlin College on that cold and rainy day, you might ask?  The Artist Recital Series 2018-2019 featuring guitar.

I first became aware of Spanish guitar listening to my parents’ records of classical guitarist Andrés Segovia (Figure 2).  Segovia is credited with elevating guitar as a legitimate instrument in classical music.  He also tutored many of today’s classical guitarists, including Charo of Love Boat fame.  Check out her version of “Malagueña“.  Cuchi-cuchi, indeed.  Perhaps for me, his lasting legacy was popularizing Spanish music composed by Spaniards, including the works of Joaquín Rodrigo’s Fantasía para un gentilhombre (Figure 3; arranged for flute!) and flamenco classics such as “Asturias” (also known as “Leyenda”) by Isaac Albéniz. 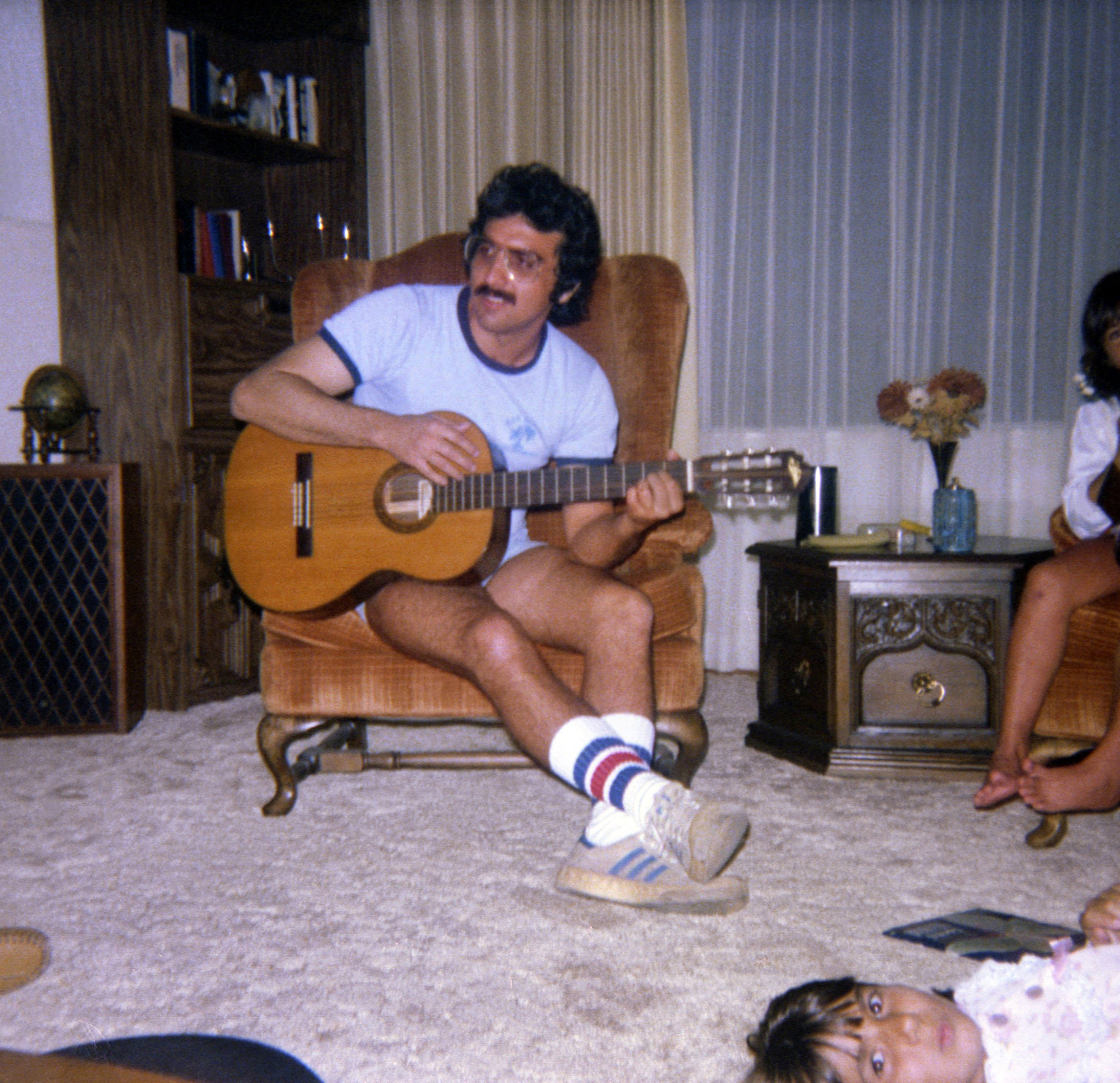 Figure 2. Back when we listened to records in the living room.  Here’s my uncle rocking the guitar and the late 1970s look. 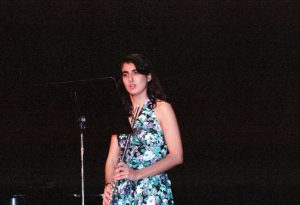 Figure 3. Me at my flute recital, realizing that Rodrigo is hard to play (1991).

Ah, flamenco!  If you are not familiar with the term flamenco, you are probably familiar with the dance once you see it (Figures 4-6).  It’s a passionate Spanish dance filled with stomping and clapping.  And, flamenco guitar!  The passion and energy just make you want to yell a satisfying “olé” at the end, despite the fact that you did nothing but watch the dancers work up a sweat. 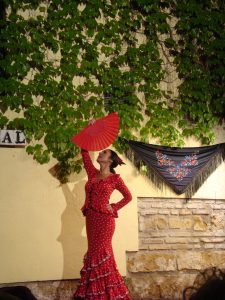 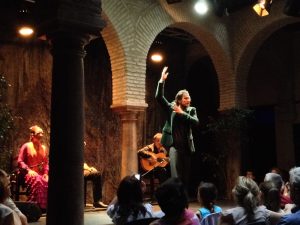 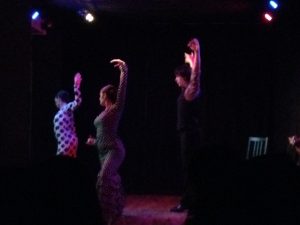 With this backdrop, we piled into the car and headed off to Oberlin, in search of parking on a college campus and some Spanish guitar.  We were not disappointed (if you don’t include the weather).  The quartet of guitar masters, a family known as The Romeros (Figure 7), played a mix of the classics and original compositions (Figure 8).  My favorite was “La Paloma” complete with an ambulance wailing past the chapel during this arrestingly quiet piece.  At the end, the audience was not willing to go without a couple of encores.  The Romeros obliged to our delight.  But, then they ran out of CDs.  ¡Qué lástima!  Until next time, I suppose. 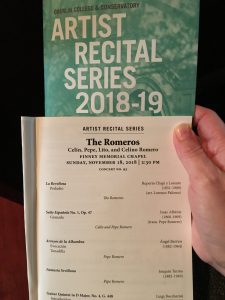 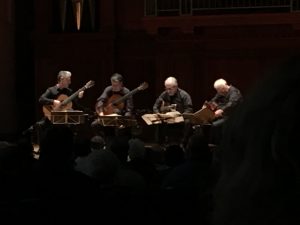 Figure 7. The Romeros at Oberlin College and Conservatory. Do not ask me who’s who (2018).